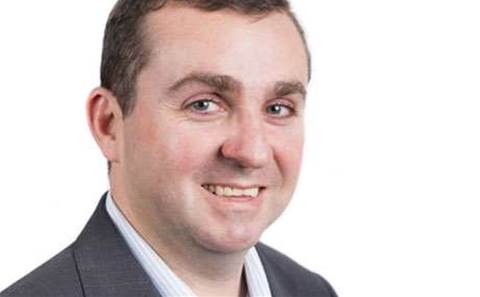 Having ridden the Internet wave in Australia as the co-founder of Netspace, which was acquired for $40 million in 2010, Stuart Marburg has runs on the board in Australia's technology sector.

So when he says his next challenge is to double the business of Australian text messaging company MessageMedia, there's no doubt others will be watching with interest.

Today it was announced that Marburg has been made the new CEO of MessageMedia, an Australian company used by the likes of hairdressers, taxi companies and doctors to send SMS appointment reminders to customers and rostering messages to staff, as well as by larger organisations like banks for payment reminders.

While text messaging, or SMS, might not be a technology generating the same sort of headlines as messaging apps like WhatsApp, Marburg sees it as a business market ripe with opportunity.

The company currently sends approximately 30 million messages a month and his goal is for that figure to increase significantly.

"We're in the process of investing in the next level of technology that can take us up to 200 million messages a day," he told CRN.

Marburg said he wants to double the business globally in the next two to three years. He said MessageMedia currently has about 14,000 customers and 170,000 users worldwide. He said there are approximately 10,000 customers in Australia.

"The opportunity in the US is very strong because the market is still very young there. There's really no market leader as yet," he said.

Among those using MessageMedia are Westpac, Coles, Honda, ANZ as well as Miller Coors in the US, said Marburg. He also said Rackspace uses MessageMedia to send alerts.

Its channel to market involves providers such as E-tivity Corporation, Monkey Software and Synergetic Management Systems, which integrate the software with tools for the workforce, optometrists and schools respectively.

Resellers also sell the MessageMedia service, bundling with other cloud services or selling additional packs of credit to customers.