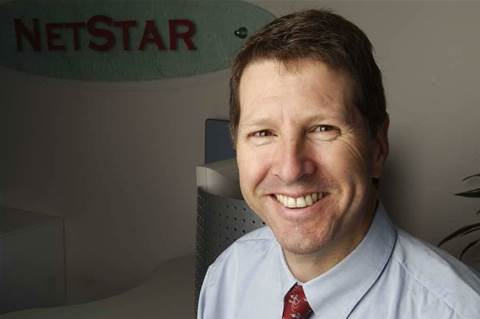 Network integrator NetStar is on the acquisition trail after being bought out by Logicalis, the UK-based IT services arm of global IT powerhouse Datatec.

In an exclusive interview with CRN, NetStar's local CEO Chris Meager said the backing of NetStar's new financiers is likely to result in an expansion to the business in Australia.

Logicalis, which earns US$1 billion in annual revenues, is owned by Datatec, which also owns global IT distributor Westcon and consulting company Analysys Mason.  The company purchased NetStar - whose operations extend across the Asia Pacific - from a consortium of private equity investors, led by Barings Private Equity and Allen and Buckeridge - the latter which financed the management buyout of NetStar from Anixter Distribution in 1999.

Meager told CRN that the well-funded parent could mean big things for NetStar at home.

He said NetStar had long been interested in acquiring other Australian network and data centre integrators. But in previous merger and acquisition talks, NetStar could only offer cash as consideration for purchase.

Being part of Logicalis will now enable NetStar to offer a combination of cash and stock for any potential buy.

"We'd like to increase our geographic presence," Meager said. "We have operations in Sydney, Brisbane and Melbourne - we'd like to expand that across the rest of Australia."

There is also the possibility, he noted, of "adding a company with additional skills.

"We might acquire someone to get skills or customers in that particular area," he said.

Meager said the deal will have no immediate impact on its relationships with existing Australian distributors or vendor partners.

NetStar, like Logicalis, will continue to base much of its business on the networking kit of Cisco Systems.

Meager said he doesn't think the relationship with distributors will change, despite being part of the same empire as Westcon.

"We do use other disties and we'll continue to," he said.

Prior to 2003, Logicalis had a subsidiary in Australia, the operations of which (but not the trading name) was acquired by IBM. This legacy has confused many observers of the deal, Meager said.

Meager said that "no decision has been made" as yet as to whether NetStar's branding would change under its new owners. "We will sit down in the New Year, after shareholder approval for the acquisition is passed, and work out what to do," he said. "I suspect we will do something which keeps our brand but also incorporates [the Logicalis] brand."

Meager said he planned to continue to run the NetStar business in Australia, reporting to Ian Cook, the London-based chief executive of Logicalis.

He said he and Cook will conduct "joint planning" on future decisions concerning the Australian arm, but that there is also an expectation that the local NetStar business will "stand on its own two feet."

"I told them that it's a good deal," he said. "It is a change of owner, not a merger. And that's important. There isn't going to be a jobs spill. We need the staff we have to hit our sales targets.

"I also told them that our owner is in the business we are in, but with global expertise."

Logicalis shareholders will meet to vote on the acquisition on December 23, with an expected closing date of January 4.

7 steps to MSP success: from pricing to specialisation
By Brett Winterford
Dec 16 2009
9:27AM