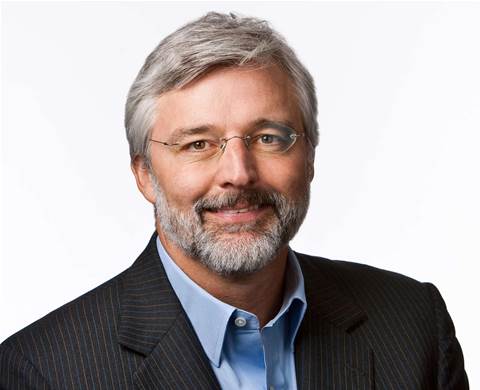 CRN interviewed Zach Nelson, CEO of Netsuite, about cloud computing and the channel at the Netsuite conference in Sydney this week. Nelson avoided discussing Oracle CEO Larry Ellison's definition of cloud computing - but he had plenty to say about Microsoft.

Nelson: I didn't follow [the Ellison-Marc Benioff altercation] that much. It's pretty clear that everything is going to the cloud. I think the real issue is that there are real clouds and fake clouds. The fake clouds are people who are taking existing technology and saying, 'We can host it for you and that's the cloud'.

That is not the cloud. If the application is not web-native it's not going to give you any of the benefits of the cloud. You're not going to get any of this cost reduction, customisation migration or anytime, anywhere access because you are still using this funky intermediary technology to access that hosted application.

Microsoft is famous for saying 'all our applications are in the cloud'. No they're not. They're their existing applications hosted someplace. That failed back in 1999 - how's it going to succeed in 2010?

My definition of the cloud is web-native applications; Amazon, Twitter, Netsuite. All things designed on the internet.

Nelson: It's all fake.

CRN: What does the existing reseller channel have to do to sell cloud computing?

Nelson: The things the channel needs to be cautious about is buying into a fake cloud, because the fake cloud will look interesting to channel partners.

'Oh, I can host Microsoft Office and sell that and charge customers for hosting that'. Well that business will last five minutes until the customer figures out they can go to Google and have no hosting fees.

So the question is, how do they move their model to embrace web-native apps? Again, with web native applications you don't make any money running the software, because I run it. I've made the software so efficient that it doesn't cost me any money to run it, and I pass that [saving] onto my customers.

CRN: How long do resellers have to start selling cloud computing?

Nelson: They have two years to transition their businesses. From shocking a server back into life to the business of 'how do I take this web-native application and apply it to this business problem?'

CRN: So if you're a reseller whose business is rebooting servers and you've got two years to transition your business, what would your first steps be?

Nelson: The network-centric guys, I really don't know how that market is going to change, that's a different market. The guys selling business applications, while they make a lot of money shocking the server back into life, in most cases what they are doing for customers is 'how do I take this [Microsoft] Great Plains application and customise it for the customer?' It's the exact same thing we ask them to do for the customer.

They're going to have to take their knowledge of a [business] domain - I implement this product in this business, suddenly I know a bit about this business. So why don't I go to another business that looks like that? So that's number one - become experts in a business domain.

Number two and the big opportunity: because the application is web-native they don't have to limit themselves to geography. If they are expert in [servicing] wholesalers and distributors they can do it as easily for a company in the US as in Australia because all the implementation is remote.

You don't have to go on-site. You don't have to restrict yourselves to geography. And if you look at Netsuite's services division, that's exactly how we built it. We never go on site to do an implementation. It's the exact same power that a partner has.

Build expertise in a particular vertical, and you can offer that expertise to anyone in the world because the application is accessible anywhere in the world.

CRN: If salesmen are being paid annuity commissions, won't that reduce the incentive to keep making sales once they have enough recurring commissions?

Nelson: We have something in our contract that says that every year you have to sell something new to maintain that revenue stream. We don't cut you off cold turkey if you don't do it, but it starts to taper if you're not adding new revenue to the recurring model.

You can build a lifestyle business, but not like an insurance company. We still want you out there adding value to customers' businesses.

CRN: Some system integrators have acquired or built separate businesses to sell cloud computing. Do you think they are reluctant to embrace cloud computing?

Nelson: For system integrators, hardware is very lucrative. That's why it's a challenge for them to come over [to cloud computing]. That's why they wouldn't have moved if the customer hadn't demanded it.

CRN: Do hardware resellers have the software skills to sell cloud computing?

Nelson: It's more about the business model than how difficult it is to do [sell cloud computing], because this is far easier than the stuff they are doing [ie, integration]. The technology is easier. The challenges are all in the business model.

If you are hosting Outlook as your managed service that is not a long-term outlook either because Gmail is going to kill you. The other story here is, has Google really figured out how to serve the enterprise market? If they figured that out they would crush Microsoft. Some of the issues - storage, how they licence it, all those things. We'll see if they have a desire to do it.