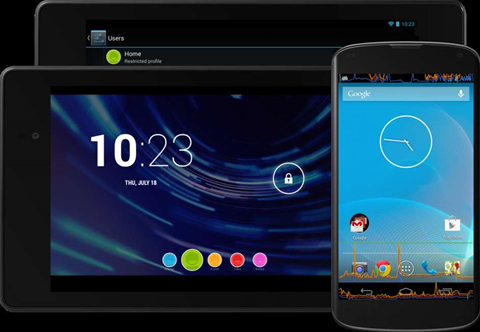 The long-awaited 4.3 update for Google's Android operating system won't bring many surprises for users and developers, with the focus instead on improving existing features while adding comparatively few newer ones.

Google called it "a sweeter new Jelly Bean", referencing the older 4.2 version which carries the same code name, and said 4.3 comes with performance optimisations that make it faster, smoother and more responsive.

Graphics performance improvements have been built into 4.3 Google said, including better rendering of shapes and text.

For games and app developers using images and animation, the new Khronos OpenGL 3.0 2D and 3D graphics platform is now included in Android 4.3 as an optional feature that can be used if the underlying device hardware supports it.

A new modular digital rights management framework is also built into the new Android, along with Google's VP8 media encoder that is currently being fought over in the patent courts.

They can also be used to help deploy tablets as point of sales systems in retail shops, to show product information only.

With the new Android, it is now possible to use Wi-Fi location detection even with the wireless data transport turned off.

Google's new Nexus 7 tablet device debuted Android 4.3, and it will be rolled out to the company's current devices as an update.