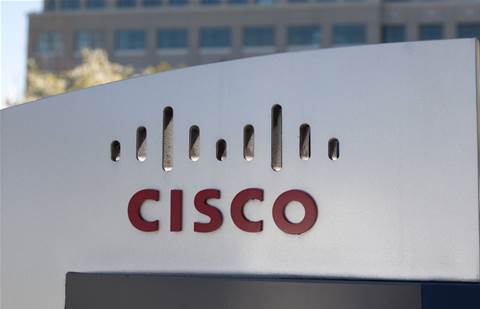 “There‘s almost a unanimous view that the future of work is going to be a hybrid model, with some people at home and some people in the office, and that is going to change over time,” Patel said of the upgrades to one of the most popular videoconferencing products on the market today. ”The consistent thing is, people know they have to keep their employees safe and healthy and we can use technology to do that and keep them engaged.”

Cisco on Tuesday also released results of its global survey of 1500 executives and knowledge workers on remote working, employee attitudes on returning to the office, and ways to improve home and office working environments with technology. The main takeaways are that more than half -- 58 percent -- of respondents said they plan in working eight or more days each month from home in a post-COVID world as their organizations embrace a more hybrid work model, complete with flexibility in hours as well as location.

Moving forward, 98 percent of meetings will include participants joining from home. Meanwhile, the same percentage voiced frustrations with video meetings when working from home.

To confront all of this, Cisco has revealed a multitude of updates to its popular Webex platform aimed at improving the videoconferencing experience for all workers, both when they‘re working within the confines of their home offices or back in the office.

Cisco is taking advantage of its BabbleLabs purchase, which it officially closed on 1 October, to bake in more noise removal technology into Webex, Patel said. Meetings won‘t be plagued with background noise, such as vacuums, children or pets, or lawn mowers, and instead will be able to segment out, capture, and enhance the speakers voice in any language, via BabbleLabs’ technology, which uses AI to distinguish human speech from unwanted noise.

“At the highest level, the point of this acquisition was to take away the need for people to say; ‘hey, can you mute yourself?’” Patel said. ”We wanted to use machine earning to figure out how people could hear what they need to hear and not hear the things they don’t need to hear. You won’t have to worry about being on mute because background sounds will get suppressed.”

The Cisco Webex interface has been redesigned to give users more control over features and how they‘d like to view content, screens, and speakers, Patel said. Users can hover over themselves to change their audio settings easily and pin specific speakers or attendees during meetings to always have the reaction of that attendee front and center, Patel said. Users can also hide attendees that aren’t joining as video participants.

Cisco also has improved its preview pane, which lets attendees view themselves on camera in a larger format before joining the meeting and make any changes to their background -- whether selecting a virtual background or blurring their background surroundings, Patel said.

The new Webex features, which are being announced every month as part of the collaboration unit‘s development roadmap, will be available to Webex users as the end of October, Patel said.

Many workers -- 95 percent, according to the Cisco survey -- are uncomfortable to return to the office due to fears of contracting COVID-19. Sixty-four percent of respondents expressed concerns about touching shared office devices, 52 percent are worried about not knowing how recently a room was cleaned, and another 41 percent are concerned about social distancing in the workspace.

The company had already revealed sensors that could detect ambient noise levels and count the number of people in a space, but now, those existing sensors are being tapped to identify overcrowded spaces and rooms as businesses work to open their offices, while still slowing the spread of the virus. Cisco is also introducing additional sensors that can collect data on room temperature, humidity, air quality and light, in addition to people counting capabilities using machine learning to comply with room capacity limits, Cisco said.

“For people working in the office, as well as people at home, these [features] just give them a better environment for everyone working together,” Patel said.

For Cisco partners, the opportunities around collaboration and videoconferencing are centered on adoption, Patel said. “All of these new technologies -- we‘ve tried to make as frictionless as possible, but we want to make sure our partners are working with us to make sure the customers are taking advantage of all the rich capability that is there,” he said. ”I don’t believe we can be successful without our partner ecosystem.”