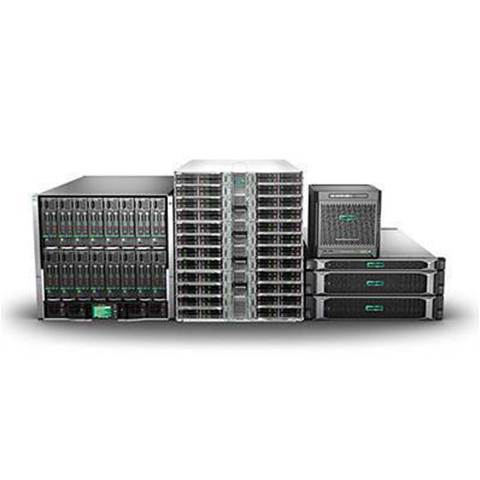 Hewlett Packard Enterprise CEO Antonio Neri told security analysts Wednesday that the company is ramping up its Next initiative to re-architect the company with game-changing improvements in the "quote to cash" supply chain for HPE partners.

The second phase of the ambitious Next initiative will reduce the number of touch points in the sales process -- a critical factor in getting price quotes to customers on complex solutions and closing deals faster -- by an order of magnitude from 1,000 to just 100, said Neri.

"Today, a transaction takes roughly 1,000 touch points across our processes from the time you log the opportunity into Salesforce.com all the way to building a quote, pricing, putting a PO (purchase order) in the system, shifting it to the supply chain and shipping the product," said Neri, who is the chief architect of the game-changing Next initiative. "Tomorrow when we are done we are only going to have 100 steps in that process."

Neri said the the "quote to cash" supply chain changes - which will directly impact the channel and direct sales force - will be implemented beginning next March and roll out through 2020. "Our approach is not a big bang," he said. "We are going to take a number of countries each quarter and revenue percentages and flip them over time. The reality is this we will be done sometime in the middle of 2020."

HPE is also moving to a single e-commerce platform that will speed up the quote to cash and delivery of volume sales on products like Proliant Gen10 servers. "There is a big opportunity for us there," said Neri. "Today we are not as efficient as we could be in that market."

In addition, Neri said, the supply chain changes will open the door for real time, dynamic configuration in the enterprise market.

HPE- which is completely modernizing its IT systems- has already made big supply chain gains by moving to a single "data master" – a significant achievement given the many applications the company was running before the Next initiative.

"The single data master is key, it is strategic for what you do in the company," said Neri. "You can't run very efficiently when you have multiple data masters. Ultimately the data will not give you the insights you need."

HPE is also bringing the finance side of the business to a single ledger starting in the first quarter of the new fiscal year beginning on Nov. 1, 2018.

"It has been remarkable," said Neri speaking about the business impact of the Next initiative. "It has been an incredible success not just on the financial side but on the culture side – our ability to execute faster."

Under the Next initiative, Neri also took out several levels of management between him and the country leaders. "For me that is very important because I get the truth," he said. "I get exactly what is going on. I don't have to guess because everybody actually applies a judgement to whatever forecast has been provided. I can see exactly the demand. I can see exactly what is going on from the customer point of view."

The Next initiative has also provided HPE an opportunity to move more business to channel partners under a plan that took HPE's direct sales reps out of 84 countries. "We want channel partners to be our franchise in those countries," said Neri noting that HPE does 70 percent of its business through partners.

Neri said HPE is well positioned to execute the massive supply chain changes with a "high level" of confidence.

In fact, he said he is "personally" driving the Next changes with HPE CIO Archana "Archie" Deskus. "I believe this is one of the most exciting things you can do to really transform the company,' he said.