New HTC One appears in silver and black variants 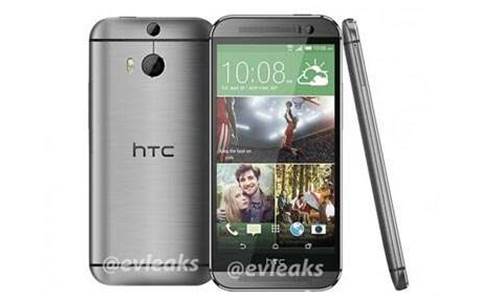 The all-new HTC One has already appeared online in a shiny gold finish, but not everyone wants something quite as blingy.Fortunately for those who don't want to gild the lily, there will be other colour variants of the HTC One available at launch – and prolific leaker @evleaks has revealed two of them.

The leaked pics show off the 2014 HTC One in black and silver variants; notably, the silver version features black plastic detailing, rather than the white seen on the previous model.

Going by the render, it also seems to have a more muted, brushed-aluminium finish than the original HTC One, though we'll have to wait until we see one in the flesh to judge properly.

The phone sports the new One's characteristic dual cameras on the rear – variously reported as being used for Lytro-like refocusing or simply for different lighting conditions. It also packs an iPhone 5s-style dual white/amber flash, while round the front the new One does away with the previous version's Home and Back buttons in favour of three onscreen buttons.

For a closer look at the phone, you'll have to wait until its official launch in New York on 25 March; stay tuned for more news as and when we get it.