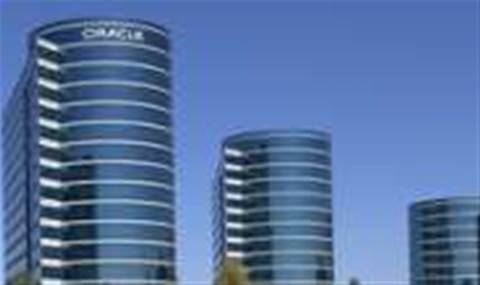 When Clay Magouyrk crossed Seattle six years ago to join the effort of building Oracle’s public cloud from the ground up, the decisions he and the nascent team faced were foundational.

“We started out a few people in the corner office thinking about where to put some data centers and build a physical network,” Magouyrk, who was recently promoted to Oracle’s cloud chief, told CRN.

Thousands of hires and billions of dollars later, Magouyrk is taking over for Johnson as executive vice president for Oracle Cloud, a succession plan long in the works that puts him reporting directly to Oracle founder and CTO Larry Ellison.

Magouyrk told CRN he’s ready to guide Oracle’s public cloud into its next phase of growth that establishes it as a leading force in the all-important and still rapidly growing market.

Oracle hasn’t yet penetrated the top tier of the highly competitive public cloud leader board, where Magouyrk’s previous employer, Amazon Web Services, dominates, and together with rivals Microsoft Azure and Google Cloud control some 60 percent of the market, according to a recent tabulation by Synergy Research.

But Magouyrk sees enormous potential to leapfrog competitors in a still largely untapped market by emphasizing a unique value proposition that will drive Oracle, and its network of cloud partners, to new heights.

“Oracle is not the same Oracle it was five to 10 years ago,” he told CRN. “It has become very much a cloud-first company. We’ve thrown everything behind the cloud.”

One thing that differentiates Oracle’s cloud, and gives those partners an advantage when selling to the enterprise, is the larger Oracle application portfolio—products like Oracle E-Business Suite, Fusion, JD Edwards, PeopleSoft and its industry-leading database footprint, including the new, “self-driving” Oracle Autonomous Database.

“Those workloads run better on our platform, and we work with our customers to understand that value proposition,” Magouyrk said. And customers successful in running those mission-critical business apps translate to partners successful in selling additional cloud services.

Oracle leaders appreciate that systems integrators are essential in migrating Oracle and third-party workloads to Oracle Cloud as are MSPs in maintaining production operations while adding additional services.

Oracle now enables and rewards those partners appropriately through a revamped channel program launched at the end of last year that implements a cloud-first approach to partner engagement, Magouyrk said.

But there are still many solution providers holding an outdated view of the company.

“I think a lot of partners still think of Oracle primarily as an on-premises database company or a SaaS applications company,” Magouyrk said. “The thing I would ask them to do is take a look at what we offer with OCI—services, infrastructure, partnership benefits.”

Those capabilities are paired with a price-performance ratio that Oracle believes its larger competitors can’t come close to matching, he said.

“We’re massively cheaper,” Magouyrk told CRN, “somewhere between 50 [percent] and 75 percent cheaper than all of our competitors” when it comes down to any real-world comparison of cloud bills.

But to scale Oracle’s share of the market doesn’t mean waking up every morning thinking about how to poach customers from AWS or Microsoft.

The real growth opportunity lies in the 85 percent of all server-side computing workloads that still run in colocation facilities and corporate data centers, Magouyrk said.

One important weapon in Oracle’s arsenal when making that pitch to enterprises is its new on-premises cloud: Dedicated Region Cloud@Customer.

Where competitive solutions like Amazon Outposts and Microsoft Azure Stack offer only a few of their many public cloud services in those on-premises environments, Oracle’s Cloud@Customer now incorporates every OCI service, delivering the complete public cloud experience behind the customer’s firewall, Magouyrk said.

Then there’s Oracle Autonomous Database, which enterprises are starting to recognize for its compelling benefits in offloading management, patching, versioning and most other administrative chores to an AI-powered system that eliminates the potential for human error.

“For customers who understand the power of relational databases, but are tired by administration and overhead, autonomous is a leap forward for them,” Magouyrk said.

Where its hyperscale competitors are reworking existing open-source databases to run in their clouds, Oracle is the only company still innovating in the relational database space, he said.

Before spending six years at Oracle solely focused on OCI, Magouyrk worked as an engineer across town at Amazon, and then went over to AWS as the pioneering cloud player was starting to see adoption skyrocket.

The OCI team has taken an entirely different approach to cloud development, largely because of the differences between where Amazon and Oracle started from.

AWS built a cloud from the bottom up, Magouyrk said, first creating infrastructure, then moving up the stack to platform and later dipping its toe in applications. But Oracle’s application dominance encouraged a cloud path following an opposite trajectory.

Oracle started with Software as a Service, making massive investments in bringing to the cloud its ERP and HCM systems.

“We came later to the infrastructure space,” Magouyrk said. “But we knew when we decided to invest in it, infrastructure was critically important as an underlying foundation for our application portfolio.”

More recently, Magouyrk has spearheaded work on some of OCI’s latest capabilities, including support for cloud-native technologies like serverless and Kubernetes, Dedicated Region Cloud@Customer and Oracle VMware Cloud Solution.

Those products maintain the initial trajectory that Johnson, Magouyrk and the rest of the founding team laid out at their new Seattle offices in 2014.

“The reason a bunch of us joined Oracle to build a new cloud was we looked around at the industry and saw the vast majority of developers and projects don’t get to take advantage of the cloud,” Magouyrk said.

“We’ve had the same strategy since the beginning,” he added.

Eliminating departmental friction within MSPs
By Joseph Tsidulko
Aug 17 2020
6:55AM