New Zealand gets its own Microsoft cloud region 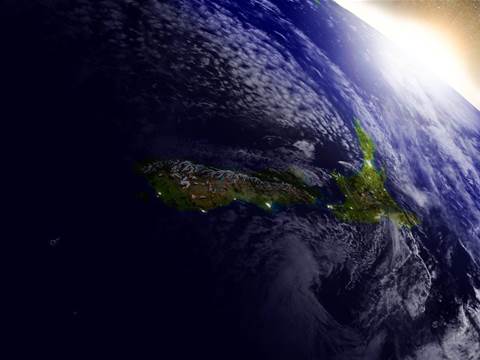 Microsoft plans to open its first data centre region in New Zealand, hailing it as a first step toward providing local access to enterprise-grade cloud services there.

“This significant investment in New Zealand’s digital infrastructure is a testament to the remarkable spirit of New Zealand’s innovation and reflects how we’re pushing the boundaries of what is possible as a nation,” Vanessa Sorenson, general manager of Microsoft New Zealand, said in a statement.

“The Fletcher School’s Digital Evolution Index characterizes New Zealand as a ‘standout nation,’ demonstrating to the world what the future might look like,” Sorenson said, referring to Massachusetts-based Tufts University’s graduate school of international affairs. “I’m confident this investment will help accelerate our digital evolution.”

The New Zealand cloud region would give customers local access to Microsoft’s cloud services, including Microsoft Azure and its computing, networking, databases, analytics, artificial intelligence and internet of things services; Microsoft 365 productivity apps; and Dynamics 365 and Power Platform business applications, according to the company.

The New Zealand region, which is subject to approval from the country’s Overseas Investment Office, would bring Microsoft to 60 announced cloud regions in 140 countries.

Microsoft yesterday also unveiled plans to invest US$1 billion over seven years on a digital transformation plan for Poland that would include a cloud region there.

Microsoft has signed a deal with Warsaw cloud provider Chmura Krajowa to provide digital transformation expertise and access to cloud solutions to institutions and businesses in Poland.

Microsoft this year also announced plans for new cloud regions in Spain and Mexico. Others are planned for Israel and Qatar.

Mitigate tech risk in your business
By Donna Goodison
May 7 2020
9:08AM