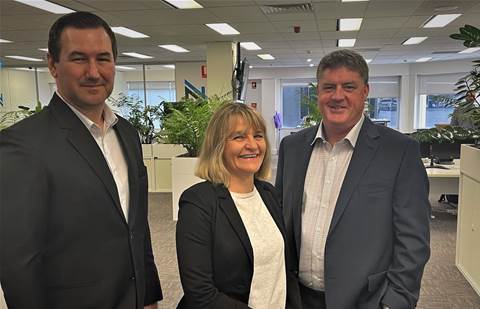 IT solutions provider Nexion Group has bolstered its C-suite ranks with the appointment of two new C-level executives, alongside Evelyn Hogg who has been in the role of chief financial officer since March.

Morgan will be tasked with identifying, developing, and closing larger strategic sales opportunities to maximise revenue for the company, also maintaining a “specific focus” on IBM.

He was previously IBM services leader for Western Australia and has previously worked with ASG Group and Coventry Group. He is a trustee and regular contributor at CEDA, the Committee for Economic Development of Australia.

Before the promotion to CTO, Poyner was Nexion's head of cloud and has been with the company since April 2020.

Prior, he was the IT manager for Firesafe Group and has held roles at ICT Express and ISTG. The company said he “has a depth of experience in solutions architecture and information technology management.”

Nexion Group co-founder and CEO Paul Glass said, “This company is positioned to become a serious contender in global ICT and Cloud, the appointment of such as strong C-level management team sets a stronger foundation for the growth we have planned. I am extremely proud to have such strong additions to the executive team in Evelyn, Jamie and Luke in place to help me drive the business forward.”

A major part of Nexion’s growth in the region has been through its partnership with IBM, including a 60-month contract worth $5.1 million forged in July. The deal marks the fourth significant contract that Nexion has signed with IBM in the last 12 months.

It was also recently named the first partner to deliver NetApp’s Keystone storage-as-a-service solution to the Australia and New Zealand market, which includes automatic data tiering and an orchestration tool for creating, provisioning, migrating, and managing storage on-premise or in the cloud.