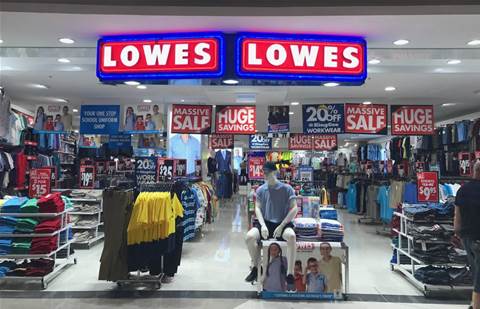 The deployment, which is part of a larger $4.5 million deal, involves standardising routers, switches and access points. Nexon will also upgrade the stores’ ADSL connections to the NBN where possible, and provide 24/7 managed support for Lowes’ IT environment.

The multi-year deal was signed in July 2018, covering all of Lowes’ 205 stores across the country and its head office in Sydney. Nexon said the partnership with Lowes will then be extended to a 20-year term afterwards.

“Like many of our peers in the retail sector, Lowes is facing the challenges of dealing with digital disruption,” Lowes IT manager Geoff Paine said.

“With Nexon’s help, we are now planning to introduce new technologies to improve the customer omni‐channel experience and create analytics on consumer behaviour in store, as well as upgrading and developing better integrations between our backend systems.”

The deal came following an audit of Lowes’ IT environment, where it found “significant” security and business risks associated with its aging software and heterogeneous network infrastructure.

Nexon started a pilot network refresh in a number of sites in 2018, with the full deployment commencing in February 2019.

“By incorporating the network and hardware upgrade as an operational expense under the managed services agreement, Lowes was able to undertake a massive refresh project like this without any upfront capital outlay, which would have been close to $1 million in hardware costs alone,” Nexon client engagement lead Nevien Badawi said.