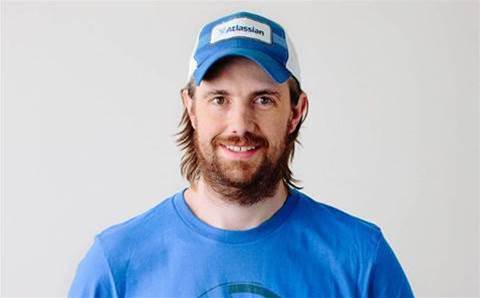 Technology entrepreneurs have once again dominated the Australian Financial Review Young Rich List in 2017, with Atlassian co-founders Mike Cannon-Brookes and Scott Farquhar taking the No.1 and No.2 spots for the sixth year in a row.

Out of the 100 people listed, technology entrepreneurs represented 38 entrants. The combined worth of the entire 100 members reached $13.2 billion, with an average of $132 million per person.

The list compiles the net worth of the top 100 richest self-made entrepreneurs under the age of 40, as of 30 September 2017.

Cannon-Brookes and Farquhar, who founded the Australian software company in Sydney in 2002, have a combined net worth or $6.08 billion, 10 times greater than the No.3 and No.4 entrants, the founders of Campaign Monitor.

The pair's combined wealth rose more than $1 billion from last year, in a big year for Atlassian which saw the company acquire digital sticky notes startup Trello for US$425 million. The pair were also ranked 17th and 18th in the AFR’s richest Australians list earlier this year, making them the two richest technology bosses in the country.

Next on the Young Rich List are Dave Greiner and Ben Richardson at No.3 and No.4, the founders of web marketing services company Campaign Monitor. The pair have a combined wealth of $607 million.

Other noteable appearances in the tech world include Kogan founder Ruslan Kogan at No.12 with $169 million, and Kogan chief financial offier David Shafer at No.47 with $56 million.

Andrew Koloadin, the founder of web hosting firm Digital Pacific, came in at No.85 with $31 million. Koaladin sold the business to US-headquartered Deluxe Corp for $52 million in August.

Fonebox founder Jordan Grives rounded out the list at No.100 with $25 million. He started the business in 2008 when he was only 18 and sold it last year to US technology company J2 Global for $30 million.

Also in the top 10 are Ori Allon, the founder of real estate technology company Compass at No.7 with $364 million, and the co-founders of digital services marketplace Envato, Collis and Cyan Ta’eed, at No.9 and No.10 with a combined $216 million.

Founder of graphic design website Canva, Melanie Perkins, came in at No.17 with $128 million.