Next wireless wave is opportunity for Intel partners 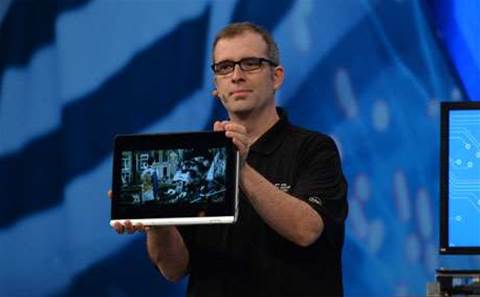 Intel is tackling the Holy Grail of IT headaches – the snake pit of cords that power and connect our PCs and gadgets.

Intel said it is set to release early next year a set of technologies that will drive completely wireless computing. The chip-maker said that by the end of 2015 millions of laptops, 2-and-1 devices and tablets will ship with wireless charging, docking and display technology.

"The vision of no wires resonates better in business than any other segment of the market," said Navin Shenoy, a vice president in Intel's PC client group. "There is a huge business upside with this technology. It's something businesses have been asking for. We think solutions providers will crack open a lot of new opportunities in the channel."

At its developer conference in San Francisco last week, Intel announced plans to add WiDi (wireless display), WiGig (wireless Ethernet) and Rezence (wireless charging) technologies to its road map for its upcoming Skylake microprocessor platform. The trio of technologies will be available ahead of Skylake's scheduled release, slated for the second half of 2015. The aim is to make docking stations, power cords and HDMI display cables extinct in the office.

A wireless display and port-replicating demo shown at IDF featured a Rubic's-Cube-sized device with only a power cord (see image above). The cube drove both the display, USB 3.0 ports and Ethernet connections on a nearby laptop. Shenoy said retrofitting wireless charging into the solution requires a mat to be fixed to the bottom of a desk.

Shenoy expects there to be more than 300 million WiDi- and WiGig-enabled PCs by the end of 2016. He said that WiGig connections will be integrated into Intel Core M and Core M vPro processors by the middle of next year. He said Intel was working with third-party Actiontec to create US$40 WiDI adapters for HDMI display ports.

The $10,000 question, however, is whether or not businesses are willing to pay a premium for wireless docking and charging solutions.

Security questions also remain, partners said. Wireless in the enterprise has always come with caveats. One Intel partner in the US specialising in federal government and higher education, that asked not to be identified, said his customers were hesitant when it comes to wireless technology because of security concerns.

Intel said it has made security its top priority with WiDi and related wireless technologies by encrypting connection streams. WiGig and Rezence is part of Intel's vPro platform, a set of features built into a PC's motherboard and other hardware that adds a layer of security, according to Intel.