NextDC and co crack the big time in Canberra 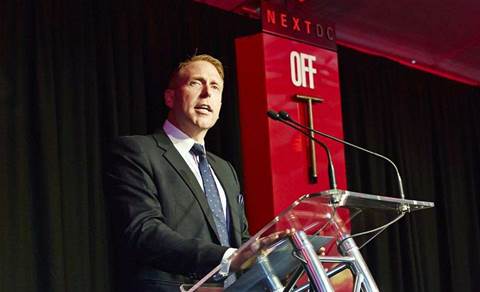 NextDC has opened the door to millions of dollars of potential contracts with its entry into a  key government supply panel.

The data centre provider is one of four companies announced this week on the Data Centre Facilities Supplies Panel (Panel 2), along with Datapod, Canberra Data Centres and Australian Data Centres.

NextDC CEO Craig Scroggie said the announcement was a "big deal" for the company, which has been recording increasing revenues and this year completed its nationwide network of data centres.

Scroggie said the company had been waiting two years for entry to the government panel.

"We've waited a long time for this day," he said. "Supplying data centre facilities to federal government is obviously a big deal. If you look at the contracts awarded, they are substantial."

While NextDC already has the likes of Australia Post as customers and is already listed on the Data Centre-as-a-Service (DCaaS) panel, the new appointment means it can now also supply data centre facilities to non-corporate Commonwealth entities subject to the PGPA Act.

These include the Attorney-General’s Department, Australian Crime Commission, Australian Federal Police, National Archives of Australia and Federal Court of Australia, among many others.

The government has undergone a major review process for its data centre arrangements since 2009, and now has more than 100 providers on its Data Centre-as-a-Service (DCaaS) multi-use list.