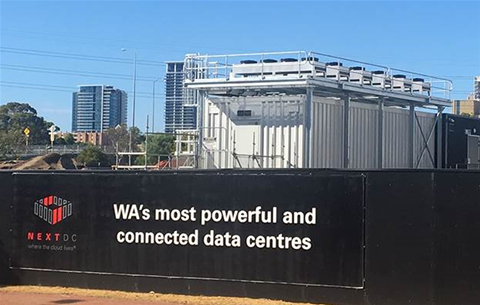 Called the P2 microsite, the containerised facility will host interconnection services while the main 20-megawatt data centre is under construction to deliver immediate connectivity requirements into critical public cloud services, as well as metro, national and international links.

The micro data centre was custom-built and engineered in-house, acting as a fully autonomous interconnect and telco room, pre-fitted with full and quarter racks. It also directly connects to the other Perth data centre, P1.

Superloop signed on as the first customer, offering services on the INDIGO subsea cable network, including Singapore to Perth and Perth to Sydney services.

“The new P2 microsite is an exciting and innovative piece of infrastructure for Perth, which partners are already signed up to colocate in and deliver their services from,” Cooper said.

“P2 will become central Perth’s most important IT, cloud and connectivity infrastructure platforms and the P2 microsite is set to give it an incredible head start”.