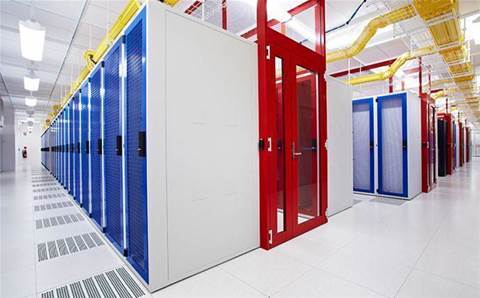 NextDC has stepped up its proposal to acquire the property trust that owns three of its data centres, increasing its buying price to $172 million.

The latest offer is an unconditional all-cash off-market proposal to acquire all remaining shares in Asia Pacific Data Centre Group it doesn't already own for $1.87 cash each.

APDC's sole assets are the three data centres occupied by NextDC, Sydney (S1), Melbourne (M1) and Perth (P1). The trust was spun off from NextDC four years ago and trades on the ASX as AJD.

NextDC already owns 19.9 percent of APDC, which it has acquired progressively over the past few weeks for a total of $41 million. NextDC has attempted to fend off an acquisition by 360 Capital Group, which owns 19.98 percent of APDC.

Last month, 360 Capital proposed to replace APDC's board of directors so it could take a hands-on approach to managing the trust and invest in the Asia-Pacific data centre market. NextDC began buying up shares in APDC to block the pending vote to replace APDC's directors and fend off a potential acquisition.

360 Capital offered to buy APDC's remaining shares for $1.80 each. The investment firm today issued a statement acknowledging NextDC's new proposal, saying it has signed a confidentially agreement and expects to commence due diligence with APDC today.

"The assets within the AJD portfolio are very strategic and are attractive not only to NextDC, but also other global data centre operations and data centre investors. 360 Capital will continue to access its options with regard to its stake in AJD," the company said in a statement.

NextDC outlined its plans for APDC if its acquisition is successful. The company plans to integrate the three properties back into its own portfolio and remove APDC from the ASX. NextDC will replace APDC's board of directors with its own and will cease trading the trust as a managed investment scheme.

NextDC also said that APDC's current employees' positions would likely be made redundant, and staff who are not redeployed within NextDC could be terminated.

Chief executive Craig Scroggie said the plan was in line with the company's strategy to own a greater portion of the properties it operated in.

"The offer is highly attractive and represents compelling value for APDC security holders with the additional benefit of certainty," he said.

"We are making this offer to APDC security holders because we believe that we are the logical owner of the APDC data centres in the current circumstances."