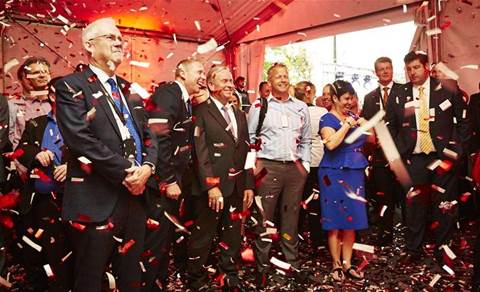 [See the photos: Behind the scenes at facility and gala launch event.]

The Perth centre, dubbed "P1", was officially launched this week and has space for 1500 racks and technical space of 3000sqm. When fully fitted out, approximately $80 million will have been spent on the facility.

It's been a rapid expansion for the company, which was once described as the "Switzerland "of the data centre industry. Since it was founded in 2010 by Bevan Slattery of Pipe Networks and Megaport, NextDC has launched four other data centres in Sydney, Melbourne, Brisbane and Canberra.

"The launch of P1 marks a significant milestone in the life of NextDC," said NextDC CEO Craig Scroggie. "It is the night we deliver on our promise to our shareholders, the market, the ICT sector and the broader economy for a national network of independent data centres."

The P1 facility is one of only eight in Australia with the Uptime Institute’s Tier III certification.

The P1 facility already has customers, including service providers. In particular Amcom is using the Perth centre in addition to 50 other data centres around the country. Others include Anittel, AAPT, Optus, Megaport, Telstra and Vocus.

NextDC's strategy of opening multiple data centres has already attracted some interest from other cloud providers. Last year CloudCentral revealed it was expanding its partnership with NextDC as it planned to open an office in multiple states. Lower latency was one advantage of having locally based data centres.