NextDC reveals impact of buying back its own data centres 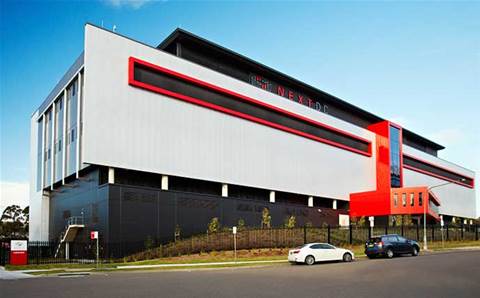 NextDC has dished out on the immediate impact of buying back the properties occupied by three of its data centres.

The data centre operator spent the majority of 2017 and 2018 attempting to acquire Asia Pacific Data Centres, the property trust it spun off in 2013 which owns the land occupied by NextDC's S1, M1 and P1 data centres.

After a multi-year battle with former majority shareholder 360 Capital Group, NextDC finally bought the trust back for a total of $261 million. The company revealed in its half-year financial report for 2018 that it bought the property for its B1 data centre as well for $24 million, in line with its strategy to retake ownership of its data centres.

The acquisitions saved NextDC $15 million in annualised rent savings a well as strengthened the company's balance sheet, according to its results to 31 December 2018.

However, the acquisitions also mean NextDC will be left with lower interest and distribution income in the next half of 2019. As a result, the company revised its full year guidance down, thought underlying EBITDA won't be affected.

As for the first half of 2019's results, chief executive Craig Scroggie said NextDC achieved "an unprecedented level of sales" across contracted utilisation and interconnections.

Overall revenue was up 17 percent to $90.8 million, while underlying EBITDA grew 26 percent to $42.2 million. The company made a net loss of $3.1 million, compared to an $8.4 million profit in the first half of 2018, though that shouldn't come as too much of a surprise given NextDC has operated at a loss for the majority of its lifespan.

"Today's results are in line with plan [sic] and are a testament to NextDC's strong fundamentals reflecting the inherent operating leverage of the business," Scroggie said.

"The first half was a record period for new investments in both the development of our next generation of word-class Tier IV data centres and our innovative connectivity service offerings."

NextDC added another 215 new customers in the half, bringing the total to 1090, while the number of interconnections was up by 2526 to reach 9982, representing 7.7 percent of recurring revenue.

Another highlight was the opening of S2, NextDC's second Sydney data centre, for early customers while the company continues to build out another 8MW of capacity.

Despite the glowing results, NextDC took a hit to its share price today, dropping more than 50 cents to $6.54 at the time of writing.