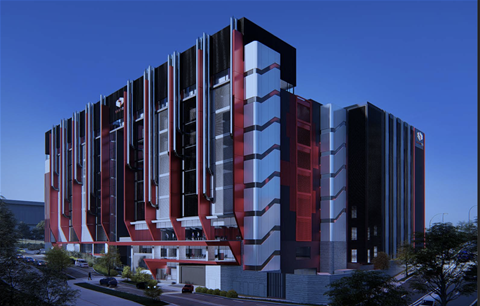 For comparison, the data centre operator’s current Sydney data centres have a combined IT load capacity of 126MW with its S1 at 16MW, S2 at 30MW and S3 (still under development) at 80MW.

The company said in a statement that the new site will provide data centre services to hyperscale cloud providers in a new ‘Availability Zone’ within the Sydney market, and will also play a role in enabling enterprise and government customers to scale their critical infrastructure platforms in the region.

NextDC noted that the site is near an electricity substation and telco, utilities and public infrastructure.

The project is subject to Development Approval with a timeline of several years, but on completion is tapped to house NextDC’s customers’ mission critical operation centres, offices and collaboration spaces.

“The demand for premium quality data centre assets in digital gateway regions such as Sydney continues to reflect the growth trajectory of technology infrastructure over the next decade,” NextDC chief executive and managing director Craig Scroggie said.

“NextDC looks forward to being able to offer our customers dual availability zone solutions across our existing S1 and S2 Macquarie Park and S3 Gore Hill metropolitan data centres as well as this new S4 hyperscale campus in Western Sydney.”

The company recently added interconnect access points for Google Cloud through its B2 data centre in Brisbane, as well as its M2 data centre in Melbourne where the Cloud Giant recently launched its second Australian region.

On the NextDC’s role in the Google Cloud region launch, Scroggie said “Google’s new Melbourne cloud region, and this enhanced level of local, native access to Google Cloud that we are able to offer gives our customers the major advantage of speed and as little as zero latency. This will enable businesses to maximise the value, and performance they drive from their Hybrid/Multi-Cloud environments.”

“Direct and native access to Google’s new Melbourne Cloud region from M2 will significantly enhance the cloud capability and optionality we offer our customers. As our customers continue to modernise and mature their cloud and transformation strategies, NEXTDC continues to support their journey by enabling the safe, seamless and low complexity interconnection capability that businesses are increasingly dependent on.”