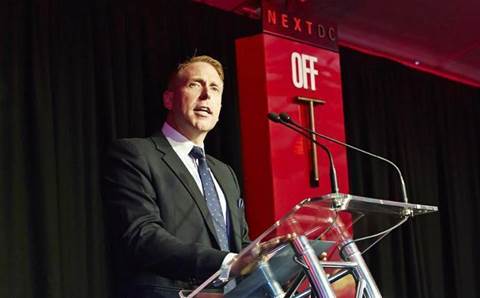 Revenue was up by $14.7 million in the six-month period to $58 million. The company also recorded $23.9 million in earnings before interest, tax, depreciation and amortisation, a 110 percent increase from the first half of 2016’s $11.4 million.

A strong spread of results and $276.5 million in cash and term deposits has given NextDC chief executive Craig Scroggie plenty to be happy about: “We are very pleased to report record revenue, EBITDA and operating cash flow,” he said.

“This outstanding performance reflects NextDC’s inherent operating leverage, which combined with a robust balance sheet, puts the business in a strong position to continue to accelerate growth.”

Looking to the uptake and performance of the co-location facilities themselves, the company provider saw its contracted utilisation up 32 percent to 30MW, interconnection up 42 percent to 5472, and overall customers up 23 percent to 699.

“FY17 is the biggest year in NextDC history, with planned capital investments of more than $250 million,” Scroggie said. “We are developing three new world-class hyperscale data centres to take advantage of the unprecedented demand for cloud and enterprise colocation.”

The company expects full-year revenue in the vicinity of $115-$122 million and expects further growth in connectivity revenue from cross connects.