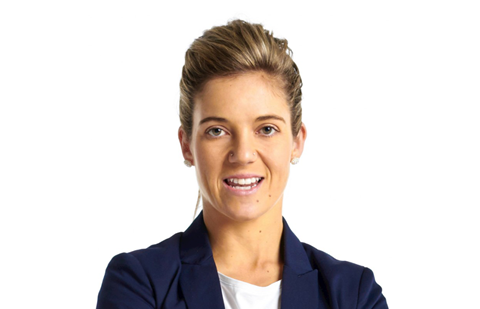 Group CEO John Walters told CRN that the promotion was in response to the “rapid growth” of Nextgen’s cybersecurity business unit, which grew more than 280 percent in FY21, on top of the 500 percent growth it saw in FY20.

The new role will see Marzano head up strategy, recruitment and execution for Nextgen Cyber. The promotion and new title came as a result of the increased scale of the job, as well as Marzano’s “performance and passion”, Walters said.

The description of the role on Marzano’s LinkedIn outlined that she will be leading a team of more than 25 across ANZ for the “$100M business growing at 135 percent CAGR (compound annual growth rate) and contributing to 50 percent of total revenues across APAC.”

According to Walters, the Nextgen Cyber team is “based on ex-military individuals, who had “clearances” and importantly had experience actively hunting, fighting, and neutralising terrorists, cyber-terrorists, cyber-crime, and organised crime.”

Marzano’s history includes a stint as a sales executive at SAP, years as a professional footballer, and working as an Officer with the Australian Army becoming the first female to qualify as an Army Work Diver.

Walters said that Nextgen Cyber has “grown rapidly from start up three years ago”.

Outlining the company’s plans for cybersecurity in the coming years, he said, The focus, like the rest of the Nextgen Group, has been to developed a differentiated, value added model to support the next generation of cyber vendors, which are largely SaaS-based and provide a complete and complementary cyber eco-system solution around the “Cyber Wheel” and “Zero Trust” Framework.”

Walters also referred to the launch of the Nextgen CyberLAB, a platform that provides a digital space for partners to demonstrate and provide proof of concept (PoC) for the integration of security products from various vendors to be deployed as a single solution for an end-customer.

“We’ve developed the Nextgen CyberLAB that is unique IP to the Nextgen Group with over $500k invested by both Nextgen and our Cyber vendors, providing vendors – many of whom otherwise lack resources for channel development, with a platform to provide tech demos in a safe environment, as well as a library of videos, and other resources to help articulate the technology and solutions to the partners and their customers. This is manned by fully accredited experts in each technology, and a white labelling option allows Nextgen’s partners to offer it as a value-add in their own go-to-market.”