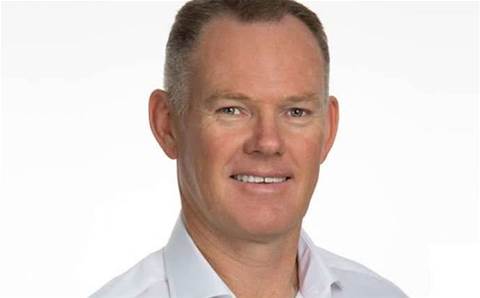 Nextgen has rebooted its Oracle cloud distribution strategy with a new joint venture based on the same transaction and provisioning engine that powers iiNet's billing.

Sydney-based Nextgen, which recently dropped the word "distribution" from its brand, has forged the 50:50 deal with the local agent for the Infonova billing engine.

Cloud 212 operates a multi-tenanted instance of Infonova in Australia that is used by two anchor clients: an unnamed mobile virtual network operator that runs on the Optus network; and a major bank. Internet service provider iiNet is also a direct customer of Infonova.

Nextgen Connect will use the Infonova engine to help Oracle partners aggregate the vendor's cloud services onto a single bill, said Cloud 212's David Colvin, who has been appointed as managing director of Nextgen Connect.

This kind of subscription provisioning and billing aggregation is "hugely complicated", said Colvin, "particularly in the telecommunications world where the product offerings change literally within days or weeks. You need to be nimble enough to change the offering to the market and still have the robustness to bill correctly".

Much the same as Cloud 212 allows its MVNO customer to integrate directly with Optus to pull the carrier's myriad services onto a single bill, soon Nextgen hopes to allow its partners to draw down from Oracle's platform- and software-as-a-service, easing customer migrations to cloud. Nextgen is aiming to get Oracle PaaS integration up and running within the next two to three months.

Colvin is joined at Nexgen Connect by two of his fellow Cloud 212 colleagues, Matthew Goodlet, formerly a senior partner at business consultancy Bearingpoint, and Matt Jones, who was previously head of billing & credit strategy at Telstra.

Colvin, Goodlet and Jones are also partners in another company, Xebra Services, which helps SaaS companies – particularly ISVs focused on Salesforce.com – to expand in Australia and New Zealand.

They will bring this experience to bear for Nextgen Connect by "nurturing and incubating" Oracle-focused independent software vendors – helping overseas ISVs to expand their services to Australia, as well as supporting local Oracle ISVs to develop a better relationship with the vendor.

Nextgen chief executive John Walters told CRN: "As cloud becomes more prevalent, the ISVs will become more prevalent. Every major vendor with a platform would like the ISVs developing and enhancing their platform. Look at what is happening with Azure and AWS. Oracle is no different, and Oracle has a huge footprint in the enterprise market."

The reboot of Nextgen Connect comes after the distributor's first shot at a cloud aggregation platform came to a premature end after dissolving its joint venture with e-commerce partner Saxum.

Walters said: "The vision of Connect hasn't changed. The partnership has changed. The market has matured somewhat. We have matured, and learned lessons."

He revealed another facet to Nextgen's cloud push: a new financing facility underwritten by BHO Finance that will help partners offer more flexible month-to-month billing as an alternative to traditional licensing constructs.

"A lot of these vendors, in our case Oracle in particular, they are saying we have been able to move a lot of our three-year traditional perpetual licensing into a subscription model but guess what – it's 12 months up front.

"Their view is it's enterprise and no one brings their workloads in and out of our cloud for a short space of time, which is true. But the customer is either buying via a per month or per seat arrangement, so we have come up with our Nextgen Finance to try to help that migration," said Walters.

Nextgen Finance is a "non-disclosed facility", reducing the amount of paperwork for the end user and masking the supply chain, said Walters.

"A lot of the leasing that stops the channel leasing is they don't want the end user knowing that they can't afford to to pay for it upfront and need to finance it. Or they don't want to potentially confuse or stymie a deal by going to the end user and saying, 'Can you sign this leasing documentation?'"