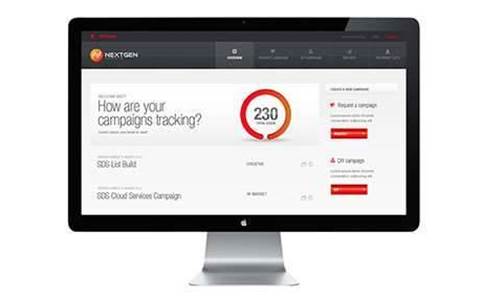 Nextgen Distribution has forged a joint venture with digital marketing agency Bang Australia to offer more targeted and better tailored marketing support for the Australian and New Zealand IT channel.

The distie has taken a majority stake in new entity Nextgen Create as well as taken over Bang's Campaign X marketing platform.

Scott Caulfield, who joined Nextgen Distribution as general manager, digital and marketing services in late 2013, has been appointed managing director of Nextgen Create. "I am wearing two hats," he told CRN.

"Marketing in the channel ecosystem has become quite specialised. Because of the ways the MDF works and the ways the payments and timeframes work, it is a bit more challenging [than mainstream marketing].

"That is why we decided to bring a hell of a lot of value to our vendors and partners by putting together a business that enables marketing within the constraints our partners and smaller vendors face," added Caulfield.

"To conceptualise, build, execute, measure and close-off a campaign in three months means the execution is two or three weeks. That doesn't work," said Caulfield.

The Nextgen Create offer goes all the way up to full-blown partner program management; it has already locked in an unnamed "tier-one vendor" to utilise this service.

"We try to take a pragmatic approach to the realities the vendors face around approvals, metrics and proof of performance. There is a process so we can break campaigns over six months rather than three months, which is a good start."

Where some vendors might demand this level of execution within one quarter, Caulfield said the marketing experts at Nextgen Create could aim to structure the MDF so that list creation and design represented one quarter of activity, with execution in the following quarter.

"Technology solutions and how they need to be marketed have become more complex and more nuanced in recent years. There’s so much more to effective sales and marketing than blasting out HTML emails to the same old database," he said.

Vendors get a birds-eye view of the campaign, protecting a reseller's customer details while allowing the vendor to judge the effectiveness of a campaign.

"It is a powerful tool to give all stakeholders real visibility into what is happening. Vendors often struggle to get accurate ROI on where the MDF programs are going," said Caulfield.

One of the first resellers off the block is West Australian Oracle gold partner SDS Group, which has engaged Nextgen Create to provide an "end-to-end solution" spanning list build, landing page, a number of EDMs, video content and follow-up telemarketing, said Caulfield.

Nextgen's joint venture with Bang is not the first such partnership in the channel in recent times. In fact, it was beaten to market by a matter of weeks by DNA Connect, which revealed a merger with PushPull Marketing that covers similar ground.

Nextgen Create is one of three major services expansions for the distributor this year. Earlier in 2014, it revealed its Oracle licensing optimisation centre, supported by consulting firm Navicle, while another major launch is expected in the coming four to six weeks.