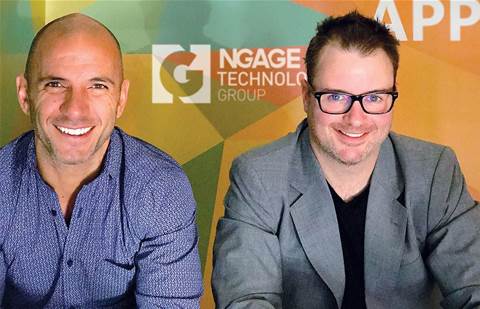 Cirrus Networks enterprise sales executive Jarrod Bloomfield has stepped down from the company, 18 months after it acquired the business he co-founded seven years ago.

The entrepreneur confirmed his departure from Cirrus to CRN, stating that Tuesday was officially his last day at the Perth-headquartered company.

The company took out the number one spot in the 2013 CRN Fast50 after growing 265 percent that financial year. NGage then placed second in the 2014 Fast50, and ninth and 10th in the 2015 and 2016 countdowns respectively.

“Seven years ago Brent Valle and I had a vision, we strived to create a disruptive IT solutions provider that truly focused on customer outcomes with a goal and passion to give back to the community,” Bloomfield posted on LinkedIn.

“We didn't do this alone; we had an awesome team of people (too many to thank here, but you all know who you are) that embarked on this journey with us and for that we are forever grateful."

NGage Technology Group was acquired by Cirrus Networks in March 2017 for $2.5 million.

Bloomfield and Valle had brought experiences from Southern Cross Computer Systems and Lenovo, respectively, into NGage and struck up a winning partnership with then lesser-known vendor Pure Storage.

“The partnership with Pure Storage got us involved in more projects because we were their original partner and have a great understanding of that technology,” said Bloomfield in a 2016 interview with CRN.

“When Pure came to Australia, there wasn’t a push for all-flash in the data centre; it was still deemed as expensive and not required, but now, three-to-four years on, it’s mainstream.”

On his departure, Bloomfield said he was happy with the structures in place post-acquisition and was ready for a change.

"The Cirrus experience has been sensational, great culture, great management team and a really professional outfit, I'm confident that Cirrus will be a major national player in the years to come," he said.

Looking ahead, Bloomfield said he would be working with a leading global vendor, to be revealed in the new year.

Following Cirrus' 2017 purchase of NGage, it acquired Canberra-based Correct Communications for up to $5 million in November the same year. Correct took out the 5th position in the 2016 CRN Fast50.

The acquisitions helped the Perth company expand across Australia into new markets, and the growth it gained saw it reach No.3 in the 2017 CRN Fast50 and 46th in the 2018 awards.