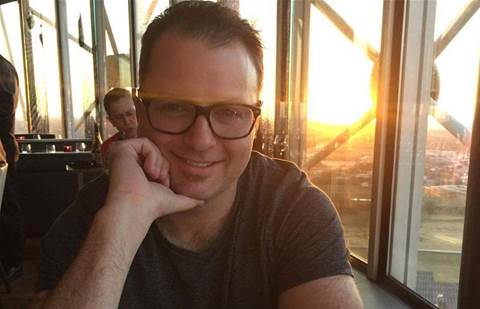 Jarrod Bloomfield, the entrepreneur who sold his $27 million CRN-Fast50-winning business to Cirrus Networks in 2017 has joined networking vendor Aruba as enterprise account manager.

Bloomfield founded NGage Technology Services with Brent Valle in 2011, took out the number one spot in the 2013 CRN Fast50, placed second in 2014, and ninth and 10th in the 2015 and 2016 countdowns respectively.

The two founders sold their company to Cirrus in March 2017 for $2.5 million. Valle pursued new business ventures, while Bloomfield stayed on with Cirrus up until his departure in December 2018.

In his role at Aruba, a Hewlett Packard Enterprise company, Bloomfield is tasked with expanding Aruba’s solutions and product offering to enterprise customers in Victoria.

“Aruba is an innovative market leader in the networking space and has maintained a strong reputation for its customer-centric business approach,” Bloomfield said.

“A key priority in my professional career is helping customers to create successful outcomes and I’m excited to join a company which shares this customer-first mentality.

“Aruba’s mobile-first approach to wired and wireless networking puts it in a prime position to capitalise on the growth of tech-savvy businesses in the networking space and I look forward to working with a team that is accelerating Australian enterprises into smart and safe digital workspaces.”

“The Aruba team has worked professionally with Jarrod for over 10 years across his previous roles, so we are delighted for him to join the team and welcome his strong track record of building and leading successful IT businesses, which place customer outcomes at the centre of their operations,” Smith said.

“We are confident that Jarrod’s enthusiasm coupled with his extensive knowledge of the marketplace will help Aruba continue to maintain a strong foothold in the Australian market. Having worked closely with Jarrod for many years we have great trust in his ability to build meaningful customer relationships and drive Aruba to further success, specifically in Victoria.”

Cloud application revenue made easy
By Michael Jenkin
Jan 25 2019
6:54AM