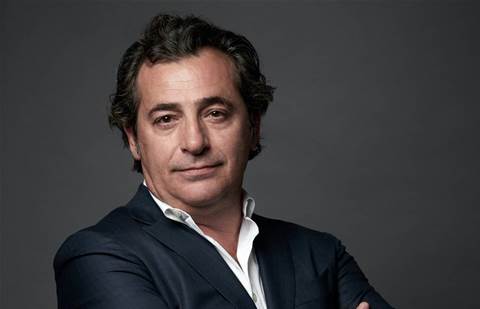 Verykios reunited with Distribution Central co-founder Scott Frew, who founded iasset in 2009 and who left the distie in 2016.

“What we’re doing is creating unsolicited proposals for resellers to be able to go to their customers and say, ‘I am going to manage your digital transformation strategy and I'm also going to be able to tell you what you need to do’,” Verykios told CRN.

“The big plus of being able to do that through iasset.com reduces the cost of sales to virtually nothing so resellers can focus on the consulting side of the deal.”

Verykios and Frew founded Distribution Central in 2004, eventually building a roster of 30 vendors and employing some 130 staff before selling to Arrow Electronics in 2016. Frew left the company in 2016 to run iasset.com full time, while Verykios departed the company in June 2019.

Scott Frew told CRN that Verykios’ appointment was a natural progression for both the company and the platform as iasset lifts its maturity.

“I can see the future and all the rest of it but I’m not the noise maker,” Frew said. “To be the noise maker in the global market you need the best of the best, and that’s where Nick comes in.”

“[Verykios’] role is to look outwards to the rest of the world and work with our customers.”

Cloud application revenue made easy
By Nico Arboleda
Jul 28 2020
6:45AM