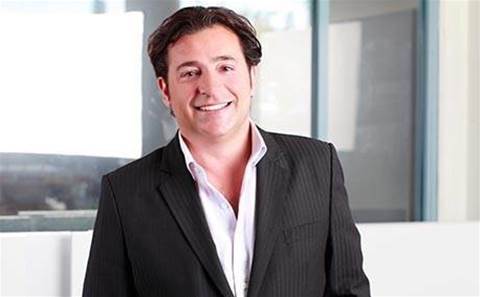 Arrow Electronics has announced that founder Nick Verykios will leave the business on 30 June.

Verykios is a channel legend who came to Arrow through its 2016 acquisition of Distribution Central, the distie co-founded by Verykios, which he led to $300 million of annual revenue over 11 years at the helm.

“After more than 15 years of leading a high-growth and award-winning business I’m ready to take a well-earned break,” Verykios said. “My leadership team is intact and well-prepared – in fact they’ve been ready for a long time, and now the time is right for me and the team.”

“I’ll be taking a big chunk of time off,” Verykios told CRN. His agenda is loose: he plans to travel with his family, study with the Dalai Lama and has a sneaking suspicion he’ll need to be in Sydney in early October to watch his beloved South Sydney Rabbitohs push for a premiership.

He also told CRN he will one day return to the technology industry.

Verykios said he doesn’t know and can’t predict what the technology will be that lures him back, but added “It’s time for me to stop being an entrepreneur and start being a student again.”

Verykios added he’s proudest of his work with people.

“We have had significant success and that has been well documented,” he said. “It has been off-the-charts success and has come from investment in deep relationships to transition with this market as it moves.”

He said that means working with “People who have the innate compulsion to change, not resist it.”

And he expressed pride in seeing people he was worked with becoming high achievers elsewhere.

“When I look at the market and see people who are leading in vendors and leading in the channel, they are all former Distribution Central and former Arrow people. It is amazing to think that has happened.”

Verykios’ role as general manager will be filled by Andrew Assad, who will assume responsibility for customer success, internal and outbound sales, engineering, vendor management and marketing.

Andrew Vaughan, finance director at Arrow in ANZ since 2008, will become finance and operations director and therefore take responsibility for operations, sales order administration, logistics and IT.

Lisa Stockwell has been promoted to vendor alliance director, responsible for new vendor acquisition and driving Arrow’s IoT strategy in ANZ. She will also lead Arrow’s team of vendor managers.

“I am just getting out of their way,” Verykios said. “Being able to say that is probably the biggest highlight. We have all grown up together.”

And he plans to grow again.

“I am only 55. This is not retirement. This is a well-earned break.”

Grow your software revenue by selling these 5 affordable, essential tools for the modern workplace
By Simon Sharwood
May 3 2019
11:27AM