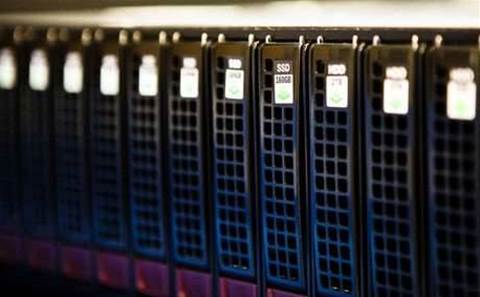 Friday the 13th was a lucky day for Nimble Storage, which saw its share prices soar by over 50 percent on the day it held its IPO.

California-based Nimble Storage, trading on the Nasdaq exchange under the NMBL moniker, raised $168 million (A$187.4 million) in one of the most successful IPOs of 2013 with an opening share price of $31.49, or 50 percent over its IPO price of $21 per share. That valued the company at over $2.2 billion.

Near the close of trade, share prices were up nearly 60 percent.

The company's Cache Accelerated Sequential Layout (CASL) architecture allows the building of storage arrays with up to 36 TB of raw flash storage and spinning disk capacity and such functions as dynamic caching with sub-millisecond latency, compression of data by up to 75 percent, thin provisioning, scale-out clustering, instant snapshot and recovery, and replication of data over a WAN.

Nimble Storage, which in September of 2012 closed its final funding round to bring funding in the company to $98 million, had been expected to do an IPO for some time.

While Nimble Storage celebrates its successful IPO, not everything is going its way.

According to Nimble Storage's 11 December SEC Form S-1/A filing, the company is currently the defendant in a lawsuit brought by NetApp over alleged theft of intellectual property by three former NetApp personal now at Nimble Storage.

Nimble Storage also said in the filing that Crossroads Systems has asked it to license certain patents to avoid infringing on them.

The company also acknowledged in its filing that it may have shipped appliances internationally contrary to US government regulations regarding sales of products featuring encryption.

On the channel side, Nimble Storage currently boasts 780 solution provider partners. Its top-10 channel partners in 2012 accounted for 37 percent of total revenue, with CDW accounting for 10 percent of its revenue in the nine months ended 31 October. The company in its SEC filing said it is evaluating implementing a distribution channel to better manage its solution provider relationships.