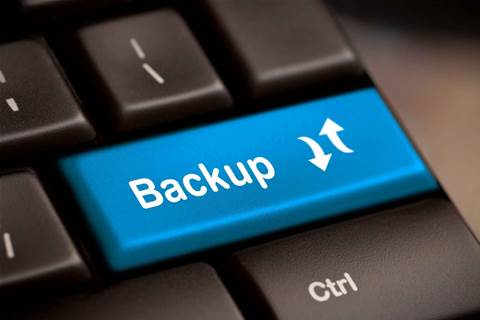 Remote monitoring and management platform developer NinjaRMM Monday launched a new data protection offering for MSPs that integrates natively with its platform to back up file, folder and image data.

The new offering, called Ninja Data Protection, was developed by NinjaRMM’s own development team to provide seamless and integrated backup and recovery capabilities for its RMM platform, said Sal Sferlazza, CEO of the San Francisco-based company.

NinjaRMM will be introducing Ninja Data Protection to MSPs during this week’s XChange+ Virtual conference. The conference is being presented by The Channel Company, which is the parent company of CRN.

Ninja Data Protection was developed in part based on Sferlazza‘s past experience in the data protection industry, he told CRN.

While it is common for vendors to OEM data protection technology from other companies and rebrand it as their own, NinjaRMM built Ninja Data Protection in-house with its own intellectual property, Sferlazza said.

“There’s always a build versus buy decision with these things,” he said. ”We are builders. There is a lot of support advantage in building our own. And because of our history, we have backup capabilities. And our backup technology has the same code base as our RMM platform. The disadvantage of building our own is longer time to market. But the benefits include a better support experience and a single pane of integration, which is what our customers are asking for.”

Like most if not all RMM platform providers, NinjaRMM integrates with third-party data protection technologies from companies like StorageCraft and MSP360, Sferlazza said.

“We have a healthy respect for all third-party vendors,” he said. ”We are providing a menu of options. There are a lot of fans of MSP360 and StorageCraft. But a lot of MSPs are also asking for us to have our own backup technology.”

Ninja Data Protection is already available for Windows File Folder data and is now in beta-testing for image backups, Sferlazza said. The technology also provides scalable archiving of data, and both off-line and cloud-based data restores. Apple file and folder backup is slated to be available later this year, he said.

Looking ahead, the company is also seeking to provide head-start restores where instant virtual machines can be set for immediate use in case of a disaster, Sferlazza said. NinjaRMM also plans to offer direct restores to VMware and Hyper-V virtualized environments, as well as Linux support.

DSN, which just recently switched to NinjaRMM and participated in beta-testing of Ninja Data Protection, likes the idea of having a backup product integrated with its RMM platform, Parkin told CRN.

“Knowing this was coming was part of why we switched to NinjaRMM,” he said. ”More importantly, it’s the first time we’ve seen them integrated. I just clicked a button, went back later, and saw the data protected. Simple and easy. I told NinjaRMM it’s a simple ‘set it and forget it’ technology.”

Parkin said he has been doing backups for years, and Ninja Data protection is a good offering for MSPs.

“For MSPs, there’s no need to have someone monitoring the backups,” he said. ”Most MSPs don’t have a person to take care of backups. This lets us add revenue to our managed services without increasing our manpower.”

Grabbing the hybrid cloud opportunity with Lenovo and Azure Services
By Joseph F. Kovar
Aug 19 2020
6:25AM