‘No changes’ to Dell-VMware partner synergies 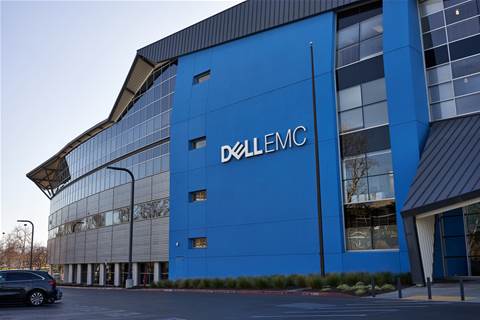 With Dell Technologies’ spin-off of its 81 percent majority stake in VMware slated for later this year, many channel partners are wondering if the two companies’ tight channel synergies, partner programs and go-to-market strategies will remain fully intact.

Dell’s worldwide channel chief, Rola Dagher, told CRN that channel partners can rest assured that Dell and VMware’s channel motto will still be “better together” thanks in part to a five-year commercial agreement between the two IT giants.

“We have agreed to basically have the same commercial agreements that have the same benefits for partners. There are no changes whatsoever right now,” said Dagher in an interview with CRN. “I don’t know what the years ahead of us will bring, but at Dell we’ll continue to modernize the core infrastructure around everything that we’re doing with VMware and our partners. Actually, we opened up more with some of the [IT distributors] as well who are excited about what we launched at Dell Technologies World around VMware.”

Dell will sell off its majority stake in VMware to Dell Technologies shareholders, the largest of which is Dell’s CEO and founder, Michael Dell. Michael Dell is set to own approximately 41 percent of VMware and will continue to serve as VMware’s chairman of the board. Both companies have confirmed plans to spin off from each other during the fourth quarter of 2021.

The two companies have thousands of joint channel partners across the globe with partner programs offering greater incentives and margin opportunities for solution providers that sell Dell and VMware solutions together.

However, the spin-off makes VMware a stand-alone company for the first time in over 15 years and opens the door to new vendor partnership opportunities, according to new VMware CEO Raghu Raghuram.

“I’m excited about the impending spin-off. It allows us to execute on our multi-cloud vision and strategy partnering with all the leading cloud companies and all the infrastructure companies,” said Raghuram during VMware’s quarterly financial earnings report in May. “The customers that I’ve spoken too, they’re positive [about the spin-off] based upon the increased flexibility that we’re going to have in our partnering strategy.”

One top executive from a solution provider that partners with both Dell and VMware on a national scale and previously worked at Dell Technologies said the two companies need each other for the foreseeable future for their customers’ sake.

“Customers and partners like the Dell-VMware solutions and the channel partnership. They don’t want any disruptions there. And we like, as a partner of both of them for years and years and years, the ease of selling and the field sales support they give us,” said the executive, who did not wish to be identified. “A lot of our VMware revenue comes from Dell. We can make a lot of money on large Dell-VMware deals. So we need them to work together at least for the next few years. So I hope she’s right, that no major changes will be made around incentives and channel reps’ availability and cross-selling support on day one [of the spin-off] or on day 101.”

The executive said his company’s Dell and VMware sales combined are up double digits in 2021 compared with 2020. “We’ve spoken and met with them many, many times about how this [spin-off] can’t and doesn’t need to disrupt business,” he said. “I think I’m OK with them taking slightly different paths down the road if that’s what they think is best for one reason or another. … But I agree, nothing should change right now for the partners.”

When asked if anything changes in terms of channel and program synergies post spin-off, Dagher said “it’s business as usual for us on the partner side.”

“We actually expanded on the partnership for Titanium partners in terms of how they transact with us. So the [VMware] relationship has never been stronger,” said Dagher, who rejoined Dell in 2020 after a three-year stint as president of Cisco’s Canadian business. “The partners are excited about how we’ll continue to focus on that.”

“I’ve had two meetings this week. One with [VMware’s new CEO], Raghu [Raghuram], and his leadership team, and the other was with the sales teams. I will say that our relationship is getting stronger based on the fact that we’re potentially going to be facing the spin-off in Q4 this year,” said Scannell, who has been with Dell EMC for over three decades. “A big part of VMware’s revenue is driven by Dell Technologies. We did that for all the right reasons. We delivered solutions around IT transformation, multi-cloud, security transformation, workforce transformation, digital transformation, with our joint offerings. We are definitely better together and both companies want to ensure that it only gets better post-spin-off.”

Scannell also said there will be a lot of competitors creating fear, uncertainty and doubt in the market around the Dell-VMware spin-off.

“We’re just not going to let that happen. It’s just too important to both of our companies, but more importantly to our customers to ensure the relationship gets better and stronger. The offerings—I saw a list of our future deliverables and products that we’re going to be bringing to market over the coming weeks, quarters and years. And everything is on track or ahead of track,” said Scannell. “I’m happy to say we haven’t missed a beat and, if anything, I think we accelerated development, and the relationship gets better over time. Even better than it is today. And it’s pretty darn good.”