No, we're not working on a new handset: Nokia 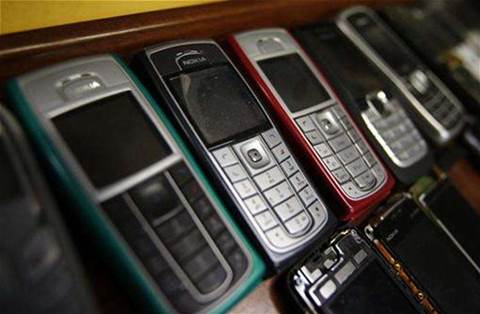 Nokia has poured cold water on claims it's making return to the smartphone market, at least for the immediate term.

Reports recently appeared in the Chinese medai claiming Nokia is working on a new smartphone for that market. Then, last week, re/code claimed Nokia would release a new smartphone next year, citing "two sources briefed on Nokia's plans".

While Nokia is contractually prevented from releasing any new mobile devices until 1 January 2016 as part of its deal with Microsoft, the company did launch a new tablet the N1 Android tablet in November last year, leading to rumours it is looking to re-enter the wider devices game.

However, on Sunday, the company released a brief statement saying: "Nokia notes recent news reports claiming the company communicated an intention to manufacture consumer handsets out of a R&D facility in China. These reports are false, and include comments incorrectly attributed to a Nokia Networks executive.

"Nokia reiterates it currently has no plans to manufacture or sell consumer handsets."

The allegedly misquoted person is one of Nokia's Chinese executives whose name appeared in the Chinese media. This is somewhat intriguing, as a former executive, Richard Kerris, was quoted by re/code as saying Nokia has "a lot of great stuff in development", and that people would be "blown away" if some of it comes to market.

As Kerris didn't reference handsets in particular, speculation began swirling that virtual reality, robots and IoT technology projects may also be in the works.

PC Pro has contacted Kerris to see if he stands by the quoted in re/code, but we're yet to hear back.

While we wait for a statement from him, PC Pro would suggest a very tempered "wait and see" approach for the time being. Nokia hasn't denied any plans for the more out-there projects speculated about, but that could well be because it doesn't even consider them worth responding to.

And, while it's also totally free to create new handsets from next year onwards, Nokia may not want to re-enter an extremely crowded market where it has already failed. So try to keep a rein on any burning nostalgia, lest you be disappointed.