No Windows 8 for new customers 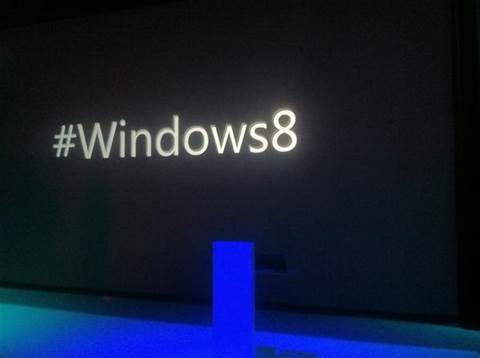 Only Microsoft customers upgrading from previous versions of Windows will be able to buy Windows 8, the vendor confirmed this morning at the Sydney launch of its next-generation operating system.

Microsoft Australia confirmed customers wanting to swich from other operating systems will not be able to purchase a full boxed version of Windows 8. The company did not offer a timeline for when a full copy will be made available to new customers.

Customers currently running Windows XP, Windows Vista or Windows 7 on their PCs can buy a Windows 8 Pro upgrade for $39.99 from Microsoft’s website, as a digital download. Windows 8 Pro in a box can be purchased for $69.99 through Microsoft retailers. Harvey Norman is currently offering a launch deal for Windows 8 pro at $58.

Microsoft used the launch to show off its much-touted Surface RT tablet. Microsoft has previously announced it will only retail the tablet through its own website and stores overseas, leaving partners out of the picture.

Several Microsoft resellers interviewed by CRN expressed their disappointment at the decision, but one major retailer said it was in “advanced discussions” with Microsoft to sell the tablet and expected to have it in board in the future.

Microsoft announced local availability and pricing for the tablet earlier this month.

The Surface tablet comes in two varieties - the Surface RT based on an ARM chipset running a hobbled version of Windows 8, dubbed Windows RT, and the Intel-based fully-fledged Windows 8 model. Microsoft is yet to announce pricing or availability for the Intel 'Surface Pro' model. It is expected to touch down in January next year.

*Update 2:19pm: Microsoft is still yet to clarify pricing around the full, boxed, non-upgrade version of Windows 8. It is however possible to purchase an OEM version for systems builders, but pricing and availability is set by retailers. Prices so far range from around $110 for the 64bit version to $160 for Windows 8 Pro 64bit. For further information see here.

Grow your software revenue by selling these 5 affordable, essential tools for the modern workplace
By Allie Coyne
Oct 26 2012
10:46AM