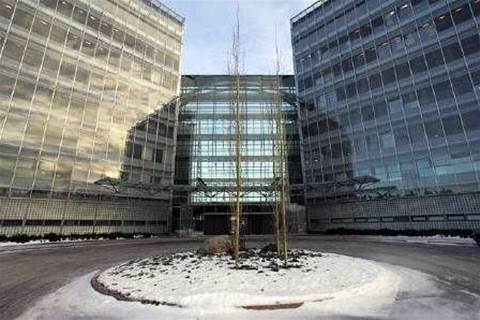 The Finnish group and rivals, including US-based Motorola, have been competing to meet demand for mobiles in those developing markets, as well as Brazil, Russia and India.

Kai Oistamo, incoming head of the division making the group's cheapest handsets, said Nokia was working with telecoms operators to cut the cost of owning and using mobile phones.

Operators could offer mobile services for US$5 per month -- and still make a profit -- given the right mix of phones, networks, services and regulations, Nokia said.

"When the cost of mobile services becomes this affordable, we foresee the growth curve in growth markets accelerating sharply," Oistamo said in a statement.

But analysts say Oistamo's division faces a tough task in making decent returns from basic models as prices fall in the chase for market share.

Earlier this year, it launched the 1110 and 1600 low-end models intended for first-time users in developing markets such as Africa. Those non-folding models were originally expected to sell for 65-85 euros, with analysts forecasting prices would fall as larger volumes are shipped.

The new phones are part of the mix Nokia hopes will help it achieve a 40 percent share of the global handset market. Researchers Gartner put Nokia's share at just shy of 32 percent in the second quarter.

Industry figures show there are now more than two billion mobile subscribers in the world and Nokia said it had sold its billionth phone.

While big volumes of lower-cost phones sold in emerging markets help to increase revenues, they reduced Nokia's average selling prices (ASPs) in the second quarter to 105 euros from 110 euros in the previous three months.

Nokia raised its third-quarter sales and profit forecasts last week, saying demand was strong and ASPs were holding up better than it had expected -- partially as a result of western European demand for more sophisticated replacement phones.

Additional reporting by Daniel Frykholm.
Got a news tip for our journalists? Share it with us anonymously here.