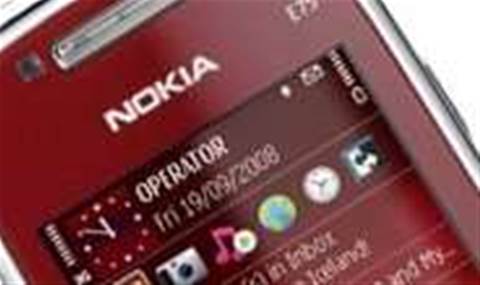 Symbian has announced that the forthcoming Nokia N8 smartphone will be powered by its Symbian^3 operating system.

Nokia is the first device manufacturer to get behind the software, which has already been delayed, and said that the handset will show off many of its features and usability enhancements.

Lee Williams, executive director of Symbian, said he was 'stoked' by the news.

"This is an example of what is possible with the latest and greatest version of the Symbian platform," he added.

"Symbian^3 enables an unparalleled set of options for device creators and apps developers to extend the usefulness of Symbian products and services and, in turn, enhance the lives of mobile consumers."

The official Nokia blog claims that the phone is stylish, carved from a single piece of anodised aluminium and comes in a range of five "eye-catching" colours.

Much is also made of the camera part of the phone, a 12-megapixel unit with Carl Zeiss optics and Xenon flash. The N8 also lets users capture and edit high-definition video on its 3.5in touch screen, and comes with an HDMI connector for plugging into the TV.

The Nokia N8 has 16GB of built-in storage and is expandable up to 48GB with a micro SD card.

The third quarter is likely to be a busy one for handset upgrades. RIM plans to release its new BlackBerry operating system, Dell hopes to start shipping its own Android phones, and Microsoft will update its mobile operating system with the release of version 7.