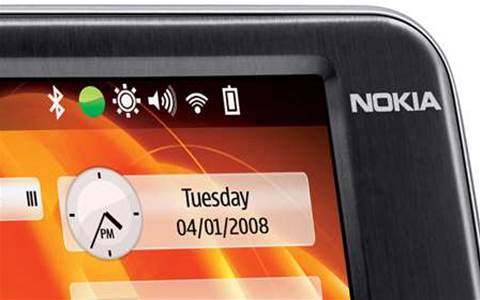 Nokia has strenuously denied claims that it is working on a new smartphone based on Google's Android operating system.

A report in The Guardian today citing "industry insiders" said that Nokia is developing an Android-based touch-screen device with a view to launching it at the Nokia World conference in September.

However, Nokia has hit back at the rumours this morning. "There is no truth to this story whatsoever. It is a well known fact that Symbian is our platform of choice for smartphones," said a spokeswoman.

Using Android would certainly be a major U-turn for Nokia, which bought out its co-shareholders in Symbian just over a year ago to pitch it squarely against Google and Apple in the mobile operating system market.

Such a move would also mean that any applications for an Android-based Nokia phone would be sold through Google's Android Market apps store, and not Nokia's own Ovi Store.

Christian Lindholm, who was with Nokia for 10 years and is now a director at mobile digital design firm Fjord, agreed that the rumours were off the mark.

He argued that one of Nokia's fundamental assets is its "long tradition of defining mobile phone operating systems and their user interfaces".

"I think they want to fight with the whole software stack," he added.

"They have the size, muscle and the confidence to do so. Finns are incredibly persistent."