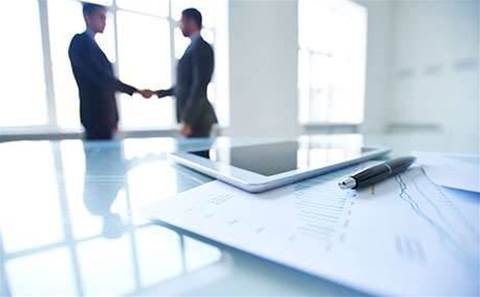 Nokia is in talks to buy smaller telecom equipment maker Alcatel-Lucent, a deal combining the industry's two weakest players that is backed by the French government but could pose challenges in cutting costs.

In a joint announcement, the Finnish and French companies said they were in "advanced discussions" on a "full combination, which would take the form of a public exchange offer by Nokia for Alcatel-Lucent". The two, which have been seen as a possible combination for the last several years, cautioned that the discussions could still fall apart.

Shares in Alcatel, a group worth about 11 billion euros based on Monday's closing share price, rose about 16 percent. Shares in Nokia, worth about 29 billion euros, fell as much as 7 percent in morning trade before paring back losses to end down 3.6 percent. France's Le Monde newspaper reported that a further announcement could come as early as Wednesday.

The pair are a good fit in terms of products and geographies, and bulking up would help them cut costs as they try to compete with mobile market leader Sweden's Ericsson and low-cost powerhouse China's Huawei.

But the track record of mergers in the industry is spotty, in part because of the difficulties of cutting costs in a R&D intensive business where companies cannot simply drop products that global telecom operators rely on.

The last round, which gave birth to Alcatel-Lucent and combined Nokia's networks business with Siemens about a decade ago, saw both firms lose value and market share as rivals went on the attack while they were busy integrating the businesses.