Nokia moves into health-tech with A$248 million buyout 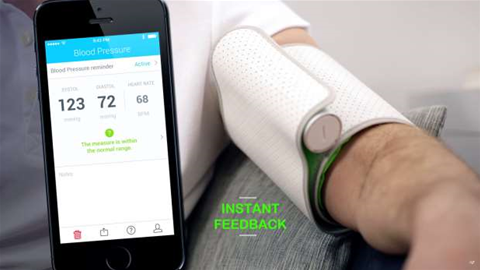 Nokia has today revealed that it is buying French fitness technology company, Withings, for 170 millions Euros (A$248 million) in cash.

The move, which Nokia describes in a statement as a means to “accelerate entry” into the digital health market, will see the French company taken under the wing of the Nokia Technology division – which also includes Nokia's VR OZO camera.

“We have said consistently that digital health was an area of strategic interest to Nokia, and we are now taking concrete action to tap the opportunity in this large and important market,” Nokia chief executive Rajeev Suri said in a statement.

“With this acquisition, Nokia is strengthening its position in the Internet of Things in a way that leverages the power of our trusted brand, fits with our company purpose of expanding the human possibilities of the connected world, and puts us at the heart of a very large addressable market where we can make a meaningful difference in peoples' lives.”

Withings was founded in 2008 and today claims 200 employees across Paris, Hong Kong and Cambridge in the US. The company has created a range of fitness trackers, bio monitors and smart weighing scales.

“We've been impressed with the plans the Nokia team has shared with us both for Preventive Health and Patient Care,” said Withings chief executive, Cédric Hutchings, in a statement. “As soon as we close the deal, we can start working together to determine our way forward as one team with a broad but focused portfolio of incredible products and innovations.”

In 2014, Nokia sold its mobile phone division to Microsoft. Since then, Nokia has largely kept out of the consumer product side of things. This acquisition therefore signals an intriguing move from the Finnish company towards consumer hardware, seemingly spurred by the rising interest in wearables and the Internet of Things.

The acquisition is expected to close in Q3 2016, subject to regulatory approvals and customary closing conditions.