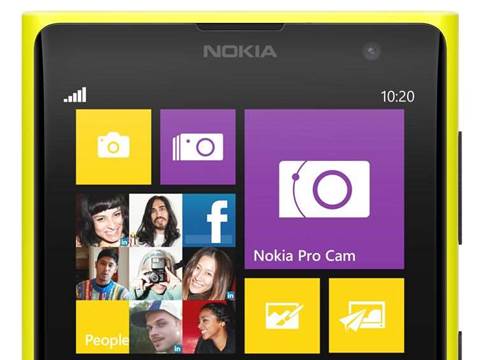 Nokia is planning to launch a 6in smartphone, adding to its rapidly expanding range of Lumia handsets.

The 6in device - codenamed Bandit - includes a Full HD display, according to a report on The Verge. That's a stark contrast to the recently launched Lumia 625, which has a large 4.7in display, but a resolution of only 480 x 800.

The latest version of Windows Phone 8 will take advantage of that high-resolution screen by inserting an extra column of tiles onto the homescreen - mimicking the Windows 8 Start screen, which adds extra rows of tiles on larger screens.

The device will be powered by a quad-core Snapdragon processor to help push all those pixels around the screen. It will also have "at least" a 20-megapixel camera, according to the report. That's some way short of the 41-megapixel sensor inside the Lumia 1020, but still stonkingly high by smartphone standards.

The report doesn't give a release date for the new handset.

Grow your software revenue by selling these 5 affordable, essential tools for the modern workplace
By Barry Collins
Aug 20 2013
8:16AM