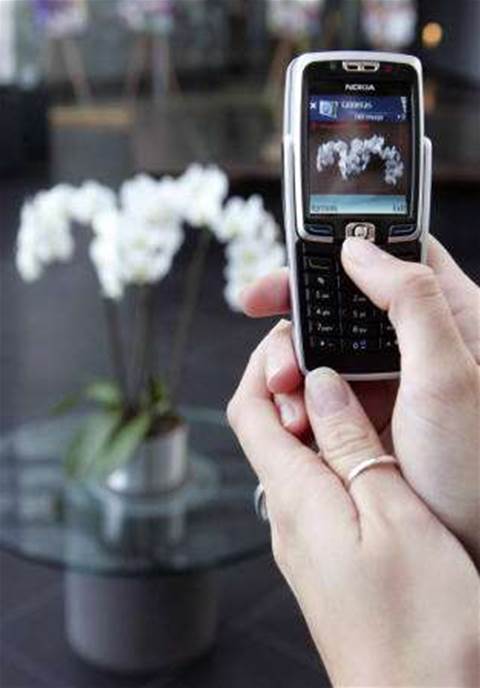 HELSINKI (Reuters) - The world's top handset maker Nokia reported third-quarter results in line with analysts' forecasts, but growth was driven by demand in emerging markets for its cheaper phones, which hurt its shares.

The firm, which produces one in three mobile phones sold worldwide, revealed third-quarter earnings per share (EPS) of 0.20 euros, including 1.5 cent of special gains.

That was up from 0.15 euros a year ago and compared with an average forecast of 0.19 euros in a Reuters poll of 25 analysts.

Nokia said third-quarter net sales rose 18 percent to 8.4 billion euros, in line with forecasts and continuing its growth on the back of aggressive pricing after stagnant sales and market share losses last year.

The average selling price for its phones slipped to 102 euros in the third quarter, down from 105 euros in the second quarter and 108 euros in the year-ago quarter, due to strong demand from developing countries.

"This is more and more an emerging-markets business," said analyst Erkki Vesola at Mandatum.

Nokia, which sold 30 percent more phones compared with the year-ago quarter as a result of booming sales in China and India, forecast further price declines in the fourth quarter and, as expected, declined to give a specific earnings forecast.

"The outlook is a bit of a question mark since they don't say very much about it. There is good demand on the market, but Nokia's prices fell more than rivals'," said analyst Petri Arjama at Handelsbanken in Helsinki.

Nokia's main rivals all benefited from higher demand in emerging markets, where the cheapest models can now be bought for less than US$50, including taxes.

Nokia's sales increase was less impressive than at number two maker Motorola, which increased its handset sales by 66 percent, but it gained market share from market number three Samsung Electronics.

The end result was an unchanged third-quarter market share of 33 percent compared with the second quarter, but it expected its share to improve year-on-year and quarter-on-quarter in the last three months of the year.

Nokia forecast the overall mobile device market for 2005 to reach about 780 million units, up from its previous estimate of 760 million.

The Finnish mobile giant said industry volumes in the fourth quarter would reflect usual demand in the run-up to Christmas and would grow compared with the third quarter.

"In mobile devices, we have been making excellent progress in expanding and upgrading our product offering, which is the broadest in the market and caters to all relevant consumers and trade customers globally," chief executive Jorma Ollila said.

Ollila said Nokia continued to gain market share in China and the Asia Pacific region, and its share in Europe, the Middle East and Africa was stable from the second quarter.

But the company continued to battle in Latin America and North America, where it lost share from the previous quarter.

Ollila said Nokia would continue to improve its phone line-up, at all price ranges.

Nokia said the profitability of its Networks business was still under pressure, mainly due to fierce price competition and a push into new growth markets, and it expected sales for the division to fall year-on-year during the fourth quarter.

Additional reporting by Daniel Frykholm, Ott Ummelas, Laura Vinha and Arild Moen in Helsinki and Lucas van Grinsven in Amsterdam.
Got a news tip for our journalists? Share it with us anonymously here.