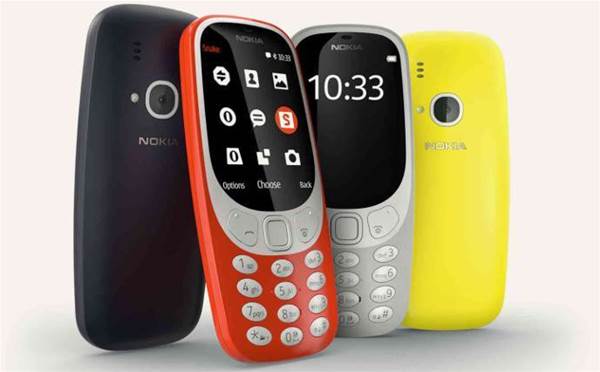 The Nokia 3310, arguably the company's most iconic phone, has been relaunched 17 years after its original debut with an updated design, new operating system and a long-lasting battery that promises up to 22 hours talk time.

Nokia, which once dominated the mobile phones market, missed the shift to smartphones and lost its market share. Its mobile business sold first to Microsoft in 2014, before the software giant sold the entry-level feature phone assets to FIH Mobile and HMD Global in May 2016.

The new Nokia 3310 is slightly smaller, thinner and lighter than the original. It features Nokia's Series 30+ operating system and a 2.4-inch polarised and curved screen, designed to be easier to read in direct sunlight.

The mobile device has a 2MP camera with an LED flash and comes with single or dual SIM options. Nokia has guaranteed a new UI, battery life of up to 31 days on standby, 16MB storage and a MicroSD card slot, which you might need since the small print warns that pre-installed system software and apps use a significant part of the memory.

With 2G connectivity for calling and texting it might not be the next technology revolution, but its suggested price of €49 (AU$67) may just be enough to woo traditionalists.

It does bring back an updated version of its famous game Snake. The model will be available in four colours: red and yellow with a gloss finish and matte finish dark blue and grey.

"It's almost like a digital detox or a holiday phone," HMD's chief executive Arto Nummela told the BBC.

The Nokia 3310 is expected to be available in Q2 this year.