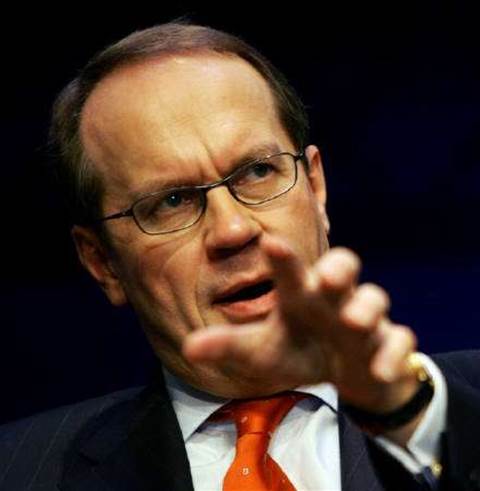 BEIJING (Reuters) - The chief executive of top mobile-phone maker Nokia said on Friday the world market was likely to exceed expectations next year.

The firm, which produces one in three mobile phones sold worldwide, has forecast that the mobile device market this year would reach 780 million units.

Asked about the outlook for next year, chief executive Jorma Ollila told reporters in Beijing: "The robust growth will continue and will exceed expectations, as it did this year".

Nokia expects a large portion of that growth to come from China, one of its fastest growing markets.

"We estimate that by 2010 China will have added another 250 million subscribers, strengthening its position as the single largest mobile market in the world," said Ollila.

The firm said last month third-quarter net sales rose 18 percent, but growth was driven by demand for its cheaper phones in emerging markets.

Nokia sold 30 percent more phones in the third quarter compared with year earlier as a result of booming sales in China and India. That growth came after the introduction of a range of new models and aggressive pricing after stagnant sales and market share losses last year.

Reflecting the aggressive pricing policy, the average selling price (ASP) for Nokia phones slipped to 102 euros in the third quarter, down from 108 euros in a year earlier, and are expected to fall further in the current quarter.

Grow your software revenue by selling these 5 affordable, essential tools for the modern workplace
By Staff Writers
Nov 28 2005
9:00AM