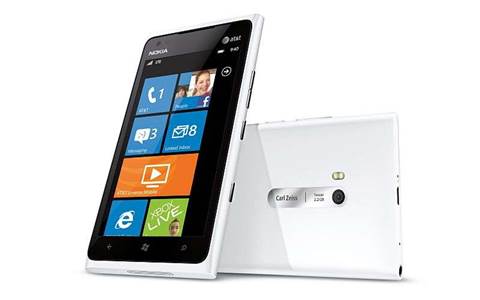 Nokia has cut the price of its flagship Lumia 900 handset by half just months after launch.

The smartphone launched in the US in April, and Australia several weeks later, at $US99 on a two-year plan with US telco AT&T.

Nokia on the weekend announced it would now retail for $US49.99.

A Nokia spokesperson told The Wall Street Journal the move was a normal strategy and would allow a “broader consumer base to buy this flagship device at a more accessible price".

Nokia Australia confirmed the local RRP for the Lumia 900 would remain at $699. A spokesperson said the company was "very encouraged by local uptake".

Nokia in recent months has been struggling through falling sales, an evaporating cash pool and plummeting shares as it battles mobile market leaders Apple and Samsung.

The Finnish giant last month revealed it would sack 10,000 staff by the end of next year and close facilities in Germany, Canada and Finland.

The redundancy plan was announced alongside a cut in the earnings forecast for its second quarter. It was the second wave of job cuts to be announced this year, after plans to shed 400 staff and relocate its assembly business to Asia were revealed in February.

The company last quarter posted a €1.6 billion ($A2 billion) net loss, and revealed it had burnt through €2.1 billion ($A2.7 billion) of its cash reserves in the last 15 months.

Nokia will reportedly be one of the first smartphone vendors to launch a device running Microsoft's recently-released Windows Phone 8 operating system.