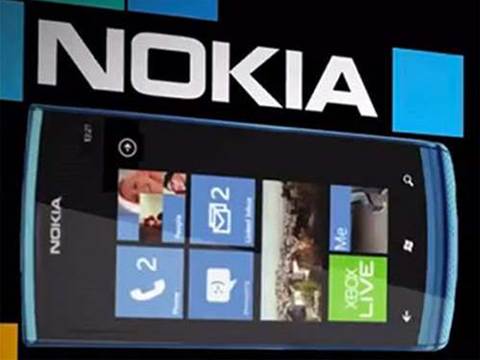 Nokia’s range of Lumia smartphones appear not to be the shining knights it was hoping for, with the once-leading mobile phone maker posting a 2011 fourth quarter loss of €1.07 billion ($A1.32 billion).

Nokia released its Lumia suite of Windows 7 handsets to the European and Asian markets late last year, amid much hype the smartphones would restore the former industry leader to its previous glory.

Lumia sales accounted for more than a million shipments, which the company said was in line with expectations.

Nokia blamed the decline in smartphone sales to “significantly lower volumes” and the strong momentum of competing smartphone platforms, such as Apple’s iOS and Google’s Android.

Nokia's fourth quarter report noted difficulty selling the Symbian platform meant it may not meet its target of 150 million Symbian devices sold over the next few years.

“In certain markets, there has been an acceleration of the anticipated trend towards lower-priced smartphones with specifications that are different from Symbian's traditional strengths, which has contributed to a faster decline of our Symbian volumes than we anticipated. We expect this trend to continue in 2012.”

Nokia CEO Stephen Elop said in a statement the company was in the heart of an overall transition.

“While we progressed in the right direction in 2011, we still have a tremendous amount to accomplish in 2012,” he said.

“In the war of ecosystems, clearly there are some strong contenders already on the field. And with Lumia, we have demonstrated that we belong on the field.

"Our specific intent has been to establish a beachhead in this war of ecosystems, and country by country that is what we are now accomplishing.”