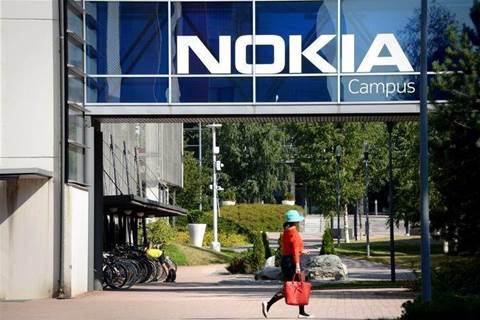 Telecom network equipment maker Nokia announced a new cost-cutting programme on Thursday after reporting another drop in quarterly profits as the industry waits operators' demand for next-generation 5G networks to pick up pace.

The Finnish company, rival to Sweden's Ericsson and China's Huawei, said it was targeting annual cost savings of 700 million euros by the end of 2020, without elaborating on the scale of expected job reductions.

Nokia will this year complete a 1.2 billion euro cost-saving programme launched after its 2016 acquisition of Franco-American Alcatel-Lucent.

Nokia's operating profit in the third quarter fell 27 percent from a year ago to 487 million euros (A$785 million), broadly in line with analysts' mean forecast in a Reuters poll of 492 million euros.

However, the networks business recovered somewhat from the first half of the year and Nokia reaffirmed its outlook for the full year, saying networks would deliver an operating margin of 6-9 percent.

"Despite some risks related to short-term delays in project timing and product deliveries, we remain on track to deliver on our full-year guidance," chief executive Rajeev Suri said in a statement.

The networks industry has struggled with flagging growth for years since demand for 4G equipment peaked.