Nokia to modernise IT infrastructure on Google Cloud 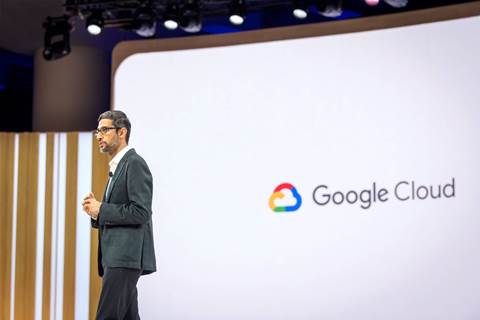 Finnish networking equipment provider Nokia is migrating its IT infrastructure to Google Cloud under a five-year deal that adds another enterprise telco win for the third largest cloud provider.

Nokia already has started moving its global data centers, servers and software applications onto Google Cloud, a process that’s expected to continue for the next 18 months to two years.

Google Cloud said it will deploy strategic systems integrators, solutions specialists and engineers to ensure a stable migration. CRN US is awaiting word whether that will include members of the Google Cloud Partner Advantage program.

Nokia’s infrastructure and applications will run in the public cloud or in a software-as-a-service model going forward, the companies said.

The deal, terms of which were not disclosed, reflects Nokia’s shift to a cloud-first IT strategy.

“Nokia is on a digital transformation path that is about fundamentally changing how we operate and do business,” Ravi Parmasad, Nokia’s vice president of global IT infrastructure, said in a statement. “This is crucial for how our employees collaborate, so that we continue to raise the bar on meeting the needs of our customers. We are very pleased that Google Cloud, with its engineering and operational excellence, is joining our transformation work to help us deliver on the many goals we have set.”

Nokia did not immediately respond to a CRN US interview request.

“Every few years you have to go and invest in all of this hardware, so we get to break that cycle,” Parmasad told Bloomberg.

The deal is expected to drive operational efficiencies and cost savings for the Espoo, Finland-based Nokia in terms of a reduced real estate footprint and reductions in its hardware energy consumption and hardware capacity purchasing as it taps Google Cloud‘s infrastructure-as-a-service portfolio of compute, networking and storage solutions.

“We look forward to bringing our leading networking, data analytics, AI/ML and other technologies to empower Nokia to deliver a cloud-first strategy and better serve its customers,” Google Cloud president Robert Enslin said in a statement. “We are excited to help Nokia revamp its IT infrastructure with our backbone network and our approach to data security using advanced software-defined networking.”

Google Cloud, which also has a partnership with AT&T, is gaining traction with telcos.

In March, the cloud provider unveiled its new global mobile edge cloud strategy that focuses on 5G solutions built jointly with telecommunications companies, an open cloud platform for developing the network-centric applications and a global distributed edge for deploying them -- part of its push to deliver industry-specific solutions for enterprises. Google Cloud also announced Anthos for Telecom, which is designed to bring its hybrid and multi-cloud Anthos application platform to the network edge for telcos. And last November, it said it would host London-based Vodafone’s Neuron cloud platform for infrastructure, data analytics and machine learning.

Nokia currently is focused on building next-generation 5G network equipment in a battle with Sweden’s Ericsson and China-based Huawei Technologies, with the latter hampered by a Trump administration ban that bars it and its suppliers from using U.S. technology and software.