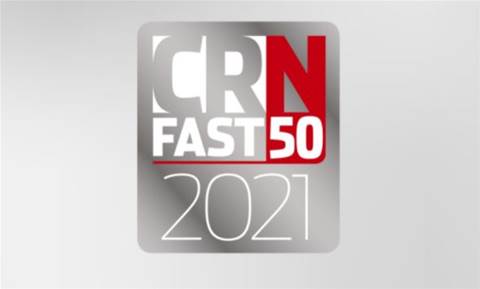 The CRN Fast50 is back for 2021 and nominations are now open for Australia’s biggest reseller competition.

Celebrating the fastest growing companies in the Australian IT channel, the CRN Fast50 is the best way for Australian systems integrators, MSPs and VARs to showcase their performance in the 2020/21 financial year.

But don’t take our word for it, here is what last year's top ten said about placing in the upper echelon of last year’s list.

Speaking to CRN in December 2020, the top ten in the Fast50 outlined what placement in the list meant for them, their staff, partners and customers.

For last years’ winner Peak Insight, the win was validation of a great team and that the organisation had the systems in place to support growth, according to founder Sam Deckert.

“It is also a really good reflection of what we have been able to achieve. Both internally, but also with our partners and customers because we have really done this together. It is absolutely exciting, who would have thought?”

For each of the top ten in 2020, the recognition of being in the Fast50 was a stake in the ground to show the competition and customers they were a force to be reckoned with.

“It’s a tick that means a lot,” said David Pretorius, founder of Launceston-based Eaglecrest Technologies, which placed tenth in the list.

He described the gong as great recognition for all the hard work the company had put in over the previous financial year.

Ben Shipley, Comscentre founder, said it was great to be recognised for the growth and success the company had achieved.

“Anything that shows recognition is a very important part of [developing] the culture of a business.

Similarly, Iman Eftekhari Agile Analytics founder, said he was “absolutely thrilled” to be placed in the Fast50 after achieving eighth place.

“It is very important for companies of our size to have such high growth, and we always have growth targets which we are looking to achieve.

For new entrants in the competition like seventh place Fyrtarn, the Fast50 placement was great recognition and allowed the company to compare itself to others in the market, according to founder Andre Sole.

For others like Layer 8 Networks co-founder Ben Brockliss, the placement was reward for the “slog running your own business”.

“It is great fun, we have learned a lot, but it is good to look back and measure ourselves against the goals we set.”

For Joseph Gergis from Platinum Technology, the gong was exciting as it would build brand recognition and credibility.

“Internally, our values are excellence, teamwork, care and urgency. Our guys really do care and to be put into that bucket is a great acknowledgement,” he said.

Another of last year’s high flyers, Eighty20 Solutions, had aspirations of a Fast50 win from the early days of the company and co-founder John Kelly described the placement as a huge accolade.

“First and foremost as a team, our people are our greatest asset and we will never steer away from that,” he said.

“Second for our customers, they have shown a lot of faith in us and this recognises that and we are very appreciative.

“For Myself and [co-founder] Justin [Rees], it has been a long three years, a fun three years. When we started the business, we said to Justin, I want to win the CRN Fast50. It has always been on my radar and I have become slightly obsessive about it.”

Kirra Services founder Brad Nagle told CRN placement in the Fast50 was recognition for the company, its suppliers and distributors.

For the customers, he said it was a great way to show that the confidence they had in Kirra Services was well founded and set the company up for future contract wins.

“It is really a recognition of the foundations we have laid over the past few years and everyone at Ascention is extremely proud of that recognition,” said Ascention Services Dan Cox, number 2 for 2020.

“Being able to see that recognition in the marketplace will ultimately increase awareness and our market share.”

To showcase your company's success in FY21 enter the CRN Fast50 2021 here.

Grow your software revenue by selling these 5 affordable, essential tools for the modern workplace
By Chris Player
Jul 29 2021
1:07PM