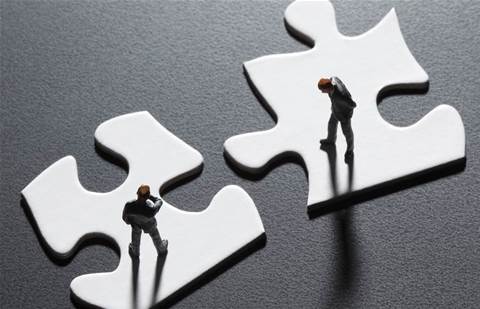 The deal, which was first hinted at by NortonLifeLock and Avast in July, is valued at somewhere around $8 billion. That makes it the third-largest security acquisition after Thoma Bravo‘s $12.3 billion proposed buy of Proofpoint and Broadcom’s $10.7 billion acquisition of Symantec’s enterprise business.

After the merger is complete, the date of which was not unveiled, NortonLifeLock CEO Vincent Pilette will be CEO of the combined company, while Avast CEO Ondrej Vlcek will become president.

The final name of the merged company has yet to be determined. However, it will have dual headquarters in Prague, Czech Republic and Arizona, USA.

During a late Tuesday afternoon investor conference call to discuss the merger, Pilette told investors in his prepared remarks that he became CEO of NortonLifeLock about 18 months ago, which was about six months after Vlcek became CEO of Avast. Soon afterwards, the two met for breakfast, and continued meeting ever since, and found they shared a vision for cybersecurity.

“Today, most peoples’ lives are indistinguishable from their digital lives,” he said. ”This is leading to a large concern about cybersecurity.”

The merger is the first step to empower cybersecurity for everyone, Pilette said.

“The transaction will enhance the financial profile of the combined company to increase scale, long-term growth synergies, and strong free cash flow generation, supported by a resilient balance sheet.”

Combined annual revenue for the two companies is slated to be about $3.5 billion, with about 52 percent in branded operating margin, and delivering about $1.5 billion in annual free cash flow, all pre-synergy, Pilette said.

Combined, the company will have about 40 million direct customers with over 500 million users of NortonLifeLock’s and Avast’s complementary product portfolios, Pilette said.

“Together with Avast, we will solidify our foundation to drive high single-digit topline growth with double-digit long-term potential,” he said. “One thing is for sure: People want to enjoy the advantages of a digital world without compromising their security, privacy, and identity. And our sole mission is to bring that, and more, to everyone.”

Vlcek, during his prepared remarks, said it is exciting to bring together two strong and highly-experienced consumer-focused management teams to tackle increasing problems of cyber criminality.

There are a number of underlying drivers to the merger, Vlcek said.

The first is how an increased dependence on digital technology was accelerated during the global pandemic, which fueled the increase in online activities, he said.

“At the same time, there is no question that the volume of cyber threats is increasing,” he said. ”Attacks are more complex and sophisticated than ever before, and new privacy and identity challenges are emerging. We believe that we can tackle this dark problem with a differentiated approach and a technology-based solution.”

Together, NortonLifeLock and Avast will have greater scale in threat visibility, a geographically distributed cloud data platform, and advanced A.I.-based automation and classification capabilities, Vlcek said.

Natalie Derse, chief financial officer at NortonLifeLock, said during her prepared remarks that the merger is expected to result in strong cost savings over the next couple of years following the completion of the merger.

“Through these synergies, we expect to free up new investment capacity to deploy into innovation, partnerships, and marketing initiatives to help accelerate long-term substantial growth,” Derse said.

During the question and answer period, when asked by a financial analyst about some of the benefits that could be expected from the merger, Pilette said the combined company first of all will provide a wider geographical reach for its various product lines.

“It was an important topic for us,” he said. ”But we are behind Avast’s portfolio from that respect, and so taking Avast technology and products and offering that to the Norton consumers will be very important, whether that is a stand-alone product or merging the products into what will become more and more a platform, a cybersecurity, a cyber safety platform that consumers choose to opt-in and in which we can provide more value.”

The long term benefits, which will require incremental investments, will include expanding partnerships including B2B, B2C, and direct to reach the maximum number of customers; increasing innovation thanks in large part to Vlcek’s technology background; and expanded marketing capabilities thanks in part to the “freemium” model from NortonLifeLock’s previous acquisition of Avira, Pilette said.

When asked why Avast decided to merge with NortonLifeLock, Vlcek said the two companies share a common vision about transforming the entire cybersecurity space and the opportunities that come with this.

First, he said, the competitive landscape has expanded beyond a focus on anti-virus. “We see real interesting innovations when it comes to security, privacy, identity coming from all directions,” he said.

Also, he said, the vision the two share goes beyond existing solutions. “What this deal does, and we are all hopeful will do, is [lead to] rapid acceleration on our journey to transforming this space together,” he said.

When asked about the competitive environment the combined company will face, Pilette said it is easy to think the security space is controlled by two or three anti-virus players.

The reality is, cybersecurity has started already to evolve a few years ago, he said.

“The intensity of the competitive environment, the innovation, the money flowing in, moving from a traditional A/V (anti-virus) into core security, into identity protection, into privacy, has been very dynamic,” he said. ”And I think this combination will offer a bigger, a broader IP (intellectual property) and R&D capability to go and create a more efficient cyber safety protection, [more] well-rounded. ... And I think we’ll be better equipped as we bring the strength of both companies together to deliver more value to consumers.”

Grow your software revenue by selling these 5 affordable, essential tools for the modern workplace
By Joseph F. Kovar
Aug 12 2021
6:43AM