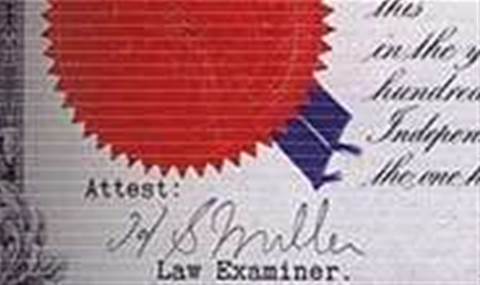 Novell has completed the sale of hundreds of open source patents to the IT heavyweights behind CPTN Holdings, following conditions imposed on the transaction to protect open source software.

The patent sale marks its final transaction before completing the US$2.2 billion merger with Attachmate Group, which agreed to acquire it last November.

As a result of the merger, Novell (NASDAQ: NOVL) will cease trading on the NASDAQ Global Select Market as of Wednesday 27 April 2011.

"Novell expects to deregister and suspend its reporting obligations under the Securities Exchange Act of 1934, as amended," it said in a statement on Wednesday.

The merger completion comes a week after the Department of Justice imposed strict conditions on the sale of over 800 patents and applications to CPTN Holdings, a consortium of buyers organised by Microsoft that included Apple, Oracle and EMC.

It was feared the agreement in its original form would have limited the ability of open source software to compete in server, desktop and mobile operating systems, middleware, and virtualisation.

Under the amended deal, Microsoft agreed to sell back to Attachmate the Novell patents it would buy and in return was to receive a licence to use those patents and those that Oracle, Apple and EMC bought or that Novell retained.

Novell did not disclose whether the conditions impacted the US$450 million cash price tag attached to its original statement regarding the sale to CPTN Holdings.