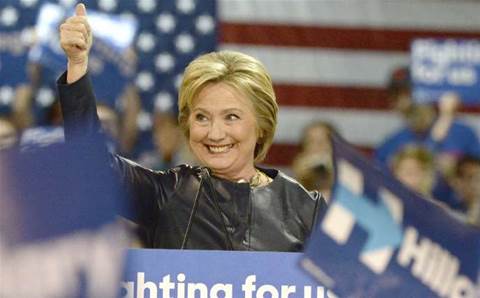 Declassified emails published by a conservative advocacy group demonstrate that Hillary Clinton asked the National Security Agency (NSA) to provide her with a secure Blackberry while she was Secretary of State.

The documents, obtained through a Freedom of Information Act (FOIA) request, show that the NSA repeatedly denied Clinton's requests for a secure “BlackBerry-like” device similar to the device provided to President Barack Obama.

The exchange grew increasingly hostile as Clinton aides pressed the issue and asked about the methods used to secure President Obama's Blackberry. The request eventually received a response akin to “shut up and colour”, according to Donald R. Reid, the State Department's senior coordinator for security infrastructure, in an email exchange.

“The current state of the art is not too user friendly has no infrastructure at State and is very expensive,” Reid wrote, describing attempts to secure “Blackberry-like” communications.

Clinton has come under fire for using a personal email account and a private email server in her New York home for State Department matters, which has raised concerns related to security and transparency.