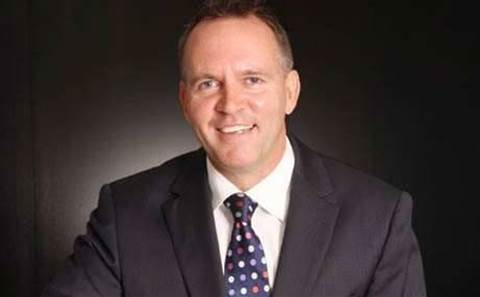 Craig Neil will start on 1 July, tasked with growing the company at home and abroad. It comes after the role was vacated by founding CEO Simon Burke, who has stepped down to "focus on new growth opportunities for the company".

IPscape, which specialises in cloud contact centre software, counts Telstra as a major shareholder; Neil has strong ties with the telco, having sold NSC to Telstra in August 2013.

After almost a year with the telco, Neil said a small, growing company like IPscape better suited his skillset as an "entrepreneurial CEO".

He told CRN that IPscape has 45 staff and a turnover below $10 million. "The expectation of growth is quite high."

Neil has completed his handover to Telstra and although there is still a non-compete agreement in place, he revealed to CRN that the telco had given him the green light to move to IPscape.

"I had to do a transition with Telstra... I have completed that and it went really well. I actually had to have Telstra's support to go into this role because I am not allowed to compete. Telstra had bought into this company and they want to make it fly."

The vendor has the heavyweight credentials to succeed, with Neil joined at the top by director Deena Shiff, who established Telstra’s Application Ventures Group and headed Telstra Business.

IPscape has a mixed model – locally it is exclusively a direct business, while overseas it goes via the channel, mostly white-labelled by partners. Around 75 percent of its business is in Australia, with customers in 22 countries around the world.

The company counts British Telecom as a key customer in the UK and also has a foothold in Asia, said Neil.

The current model will change rapidly under Neil's watch, with plans to recruit Australian channel partners. "In four months' time, we will start our migration to channel, and I think it will happen reasonably quickly," he said.

IPscape chairman John Palfreyman said: "IPscape is fortunate in attracting a seasoned and experienced entrepreneur like Craig Neil who can take the company through this next important growth phase as it becomes a cloud software provider on a global scale.

“We also acknowledge the tenacity and accomplishments of Simon Burke and his leadership team who helped create IPscape and ready it for this stage of its development.  We are very pleased that Simon Burke has agreed to remain as an active contributor to IPscape’s future.

"Being able to pass the baton from one talented entrepreneur to another is part of the necessary lifecycle to take Australian companies from commercialisation to international growth stage," added Palfreyman.

Eliminating departmental friction within MSPs
By Steven Kiernan
Jun 6 2014
7:00AM